A tale of Two Boats 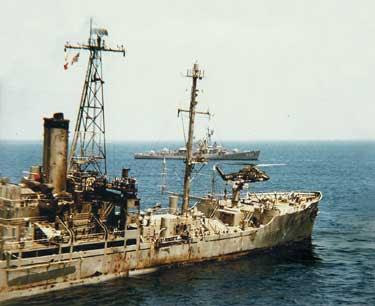 The boat above is the USS Liberty, attacked, torpedoed and machine gunned by the Israeli navy and air force. Nothing happened to Israel, the incident was hushed up and the deaths of 34 American sailors ignored.

AIPAC still controls the US foreign policy, dumb as shit Christian Fundamentalist Zionists still lick Israels arse and the US still puts the interests of Israel before its own nation and people - and America has never demanded a single Israeli commanding officer or politician involved in the killings of US sailors be sent to America for trial, whilst Muslims can be sent from anywhere in the world to Guantanamo Bay (which is still open by the way) to be held without trial for years.

One rule for Israel, one for the rest of the world. 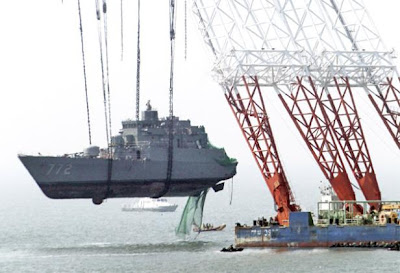 The South Korean ship the Cheonan sunk by North Korea.

America has condemned the attack, demanded reparations and threatened to cut ties with North Korea - there is even talk of a war between South and North Korea in which US troops will fight.


So we can see that when Israel sinks an American ship and kills American sailors then nothing is done.

When North Korea does it to a South Korean ship then America will go to war.

Are you Americans so stupid that you cannot see that your Federal Government and its lackeys in the Military-Industrial Complex and the Corporate Media is your true enemy ?

Are you that blind and that dumb ?

Posted by Defender of Liberty at 06:55

Hopefully the korean conflict will escalate...

Hopefully Russia and europe mind their own business and benefit from the demise of a communist and a zionist menace to the human race...