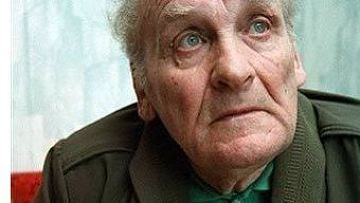 
A former Soviet partisan who was convicted by a Latvian court for war crimes, has lost his case against Latvian authorities in the upper chamber of the European Court of Human Rights.

The Grand Chamber upheld the appeal by Latvia against the Strasbourg court's 2008 ruling that the conviction by Latvian authorities of Vasily Kononov, 87, was illegal.

Kononov, who led a group of resistance fighters against Nazi Germany in the Baltic state during World War II, was convicted of ordering the killing of nine villagers in 1944. He admitted to the killings, but said the dead were Nazi collaborators who were caught in crossfire.

The veteran was arrested in 1998 and held for two years in custody. After his release, Kononov received Russian citizenship and in 2004 he appealed to the Strasbourg Court.

The Strasbourg Court ruled in 2008 that Latvian authorities violated the European Convention on Human Rights prescribing that "no person may be punished for an act that was not a criminal offense at the time of its commission."

It ordered 30,000 euros ($38,000) in compensation to the former partisan. Latvia's government then appealed the ruling.

"The Grand Chamber's judgment passed by 14 votes to three states that Article 7 of the Convention was not violated," the president of the European Court of Human Rights, Jean-Paul Costa, said.

Kononov's lawyer told Russian journalists he will insist on a retrial.

"The facts that the court states from the first reading are inconsistent with the materials of the case and the circumstances of what had actually happened. It is a pity that the European court is politicized," Mikhail Ioffe said.

Posted by Defender of Liberty at 02:18

Expect to see him as leader of the European union shortly!

Communist bitch Melita Norwood was let off by her fellow commie scum in the British establishment.

Commie filth always have their comupance; He who laugh's last.