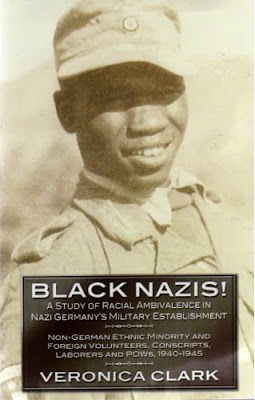 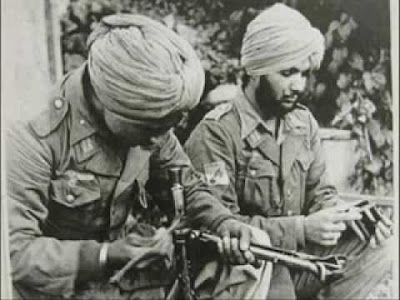 
In fact Nationalists should dress up as the Muslim SS, Sikh SS, Hindu SS and black Nazis as that way people will finally wake up and stop the old 'the nazis were all racists' shite.

A military show was cancelled after town hall chiefs withdrew funding, because it didn't meet their "diversity criteria".

The eigth annual Liverpool Military Show was due to take place at Walton Hall Park on Saturday, and featured a memorial service to fallen war heroes.

But the event was scrapped at the last minute when council officials pulled out of providing £8,000 towards the costs.

Organisers say they were informed that the show did not "score highly enough" on Liverpool City Council's "diversity scale" to justify funding from the arts and culture budget.

Haven't we all heard of events/activities being curtailed because not enough ethnic minority people partake in them?
This is why you are often asked what ethnicity you are. If you're daft enough to keep putting "white" on the form, and most/all of the other people in your group, on doing that hobby, are also white, then expect the plug to be pulled sharpish.
Use a bit of common sense, and either REFUSE to define your ethnicity, or put down that you're black or Asian, that way the activity/event will never be starved of funding.

Didn't score high enough on the perversity score either...
Recruiting a few NAMBLAesque types might please the fetishits that sit on the round tables of the council of cock jockery..Hunky Chaps in chaps marchin' with little chaps, in chaps..Ever so fuckin' nice that wood be.

Your country's f***d, Mr Barnes..I can say that 'cause my Old Man was born there, in Cheadle Hulme, Cheshire.... He pisses me off a lot with his apologia and forelock tuggin'. Oooooooo he doesn't want to offend anybody by stickin' up for his own.... His Brother's pissed of to rural France to live and exists with his head in the sand and his ideological arse swinging in the breeze for everyone to have a go at. But only if it pleases the opportunist. You lot don't have to apologise for the fact that the UK is your tiny place in the world.

March on the council offices, and ask every White Police officer who confronts you eye to eye whether he is an Englishman or a Kapo and Judas. The Police are "edujumacated" in 'hate' law by the source of implacable and malevolent hatred itself, the BnaiBrith.

You English disgust me...with your flaccid impotence. Especially that Faggot "ZionTart" and Knave Exemplar Judas who thinks the Islamists and Multicultural hordes are in the UK of their own volition...They're there DipShite ZionTart, 'cause your bestie bum chum fork tongued Zionists invited them on your behalf, so that you Silly Saxons learn to hate. But you're too dumb or owned, to realise the deal involves mutual destruction. But what cares the Judas ?