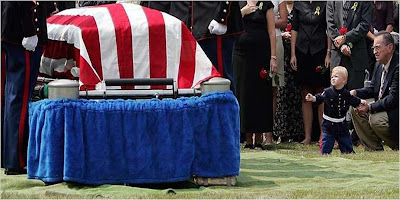 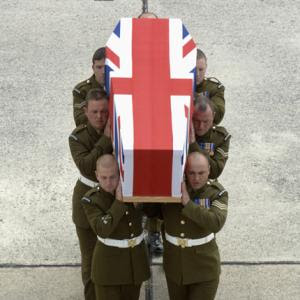 
To the funeral march of a military band,
Return the remains of the dead in their coffins,
Soldiers who fell in distant desert sands,
Whose sacrifice is a headline soon forgotten.


In slow processions of black limousines,
Like effluxions of sweet crude oil,
To the cemetery rolls the funeral machines,
Where awaits the fresh turned soil.


The cortege will soon disgorge the dead,
But those left behind will bear the burden,
Of so many words which remain unsaid,
Silenced by the commandments of mammon.


As church bells peal out across the land,
The politicians plot their future wars,
For each are controlled by a hidden hand,
Bought and paid for just like whores.