Stonehenge Was Built By Blacks 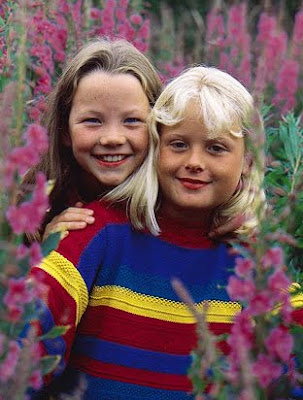 Image - Icelandic children. Why is they not black ? They have been eating primarily fish for 1,200 years and should be amongst the darkest people in Europe - but as we can see they are Nordics, and amongst the lightest skinned people in Europe. If not eating fish turned us white, why hasnt eating fish as the primary part of their diet not turned the Icelandic people back into blacks ? 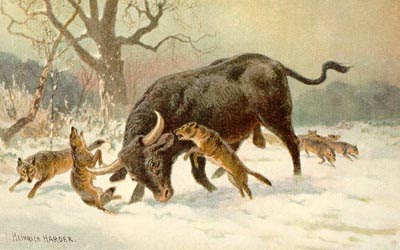 
You may have read the articles in the papers that White skin of Europeans only evolved 5,500 years ago as a result of agriculture which allowed the lack of Vitamin D to be solved via nutrients in agricultural foodstuffs ;

White Europeans could have evolved as recently as 5,500 years ago, according to research which suggests that the early humans who populated Britain and Scandinavia had dark skins for millenniums.

It was only when early humans gave up hunter-gathering and switched to farming about 5,500 years ago that white skin began to be favoured, say the researchers.

This is because farmed food was deficient in vitamin D, a vital nutrient. Humans can make this in their skin when exposed to sunlight, but dark skin is much less efficient at it.

In places such as northern Europe, where sunlight levels are low, the ability to make vitamin D more efficiently could have been crucial to survival.

Johan Moan, of the Institute of Physics at the University of Oslo, said in a research paper: “In England, from 5,500-5,200 years ago the food changed rapidly away from fish as an important food source. This led to a rapid development of ... light skin.”

Their research says: “Cold climates and high latitudes would speed up the need for skin lightening. Agricultural food was an insufficient source of vitamin D, and solar radiation was too low to produce enough vitamin D in dark skin.”


Then whilst reading the article below the following statement jumped out at me ;


According to authors J. P. Mallory and D. Q. Adams, the Proto-Indo-European lexicon which has been carefully reconstructed by scholars through generations of comparative linguistics contains words which indicate a diet that included meat, broth, salt, dairy products and the consumption of alcoholic beverages such as beer, mead and possibly wine:

The consumption of milk by adults also has genetic implications in that many people become lactose intolerant after childhood, i.e. become ill when they consume milk. This situation is particularly prevalent in the Mediterranean while lactose tolerance increases as one moves northwards. The ability to consume milk has been seen as a selective advantage among northern Europeans in that it helps replace the necessary quantities of vitamin D which is reduced in regions of poor sunlight. The processing of milk into butter or cheese reduces the ill effects of lactose intolerance.


I looked up when the domestication of cattle began in Europe, which is widely believed to have been in the Neolithic ( about 15,000 years ago ) to around 10,500 years ago ;

Therefore the theory that the change from fish to farming wheat as part of the great agricultural leap forward led to white skin is undermined by just two important facts ;

The first Great Leap Forward in relation to Vitamin D production was nothing to do with agriculture, but when the domestication of cattle occured.

The domestication of cattle occured nearly 12,000 years ago - and at that point the milk produced by cattle allowed Vitamin D to be ingested via milk, butter and cheese, far better producers of Vitamin D than agricultural foodstuffs.

Therefore the idea that only when europeans grew wheat were they capable of getting enough Vitaim D from sources other than sunlight is total nonsense.

Europeans had already been getting Vitamin D in milk, butter and cheese for over 5,000 years before they grew wheat etc when they domesticated cattle - and the fact that lactose tolerance is a unique European racial trait suggests that the relationship between Indo-Europeans and cattle is more likely to have led to skin lightening than wheat.

The fact that wheat and agricultural crops were grown first in the Middle East around 9,000 years ago, and those populations in the Middle East are not white today even though they have been eating wheat etc for thousands of years longer than White Europeans, suggests that agriculture had bugger all to do with skin colour.

This is one of the problems of science - the fact that science has become compartmentalised into esoteric sub-sections, means the bloody obvious can be missed by myopic experts in their fields who have no common sense or wider learning.

For the 'scientists' who issued this research to not take into account the fact that the domestication of cattle preceded the transition from fish to farming is simply sloppy research - or that this research is simply anti-white propaganda issued to the gullible lemmings in the media who will seize upon it to advance their ' we are all descended from blacks, we all are Africans, One world, One race' bullshit.

The fact that Vitamin D supplements were being ingested via milk for around 10,000 years suggests that the theory that a lack of Vitamin D caused by the use of wheat caused white skin to appear 5,500 years ago does not appear in any way logical.

The idea that white skin only appeared when we stopped eating fish, when milk was already bolstering Vitamin D levels for 5,000 years before then, and when we started to eat agricultural products is an absurd thesis.

The idea that eating sea fish would have been sufficient to ensure the retention of black skin in the European environment is unprovable - the fact is that white skin appeared when the first human cro-magnon populations established themselves 30,000 years ago in Europe.

It was the establishment of human populations in Europe that led to skin change colour not the transition from sea food to agricultural products.

The fact is that science can prove conclusively that white skin appeared as a environmental response mechanism to change in exposure to sunlight, to link that proven fact with some absurd theory about eating wheat as a driver for the change in skin colour is pseudo-science.

If eating fish ensured that early europeans would stay black, then why are Icelandic people not black ?

They have been living on fish as the main staple of their diet since they colonised the island in the 9th century, but they are white.

If the consumption of fish leads to skin colour remaining black in Europe, then the Icelandic people must be the darkest people in Europe - when they are Nordics and amongst the most pale skinned and blonde.

One would have though that in the 1200 years since the colonisation of Iceland and the consumption of fish, they would have got darker instead of getting lighter.

Posted by Defender of Liberty at 10:42

Labels: Johan Moan, Stonehenge was built by Blacks, The Institute of Physics, The University of Oslo

In fact your form for first class posts of late is at a record high.

Many thanks for an interesting and informative read, long may they continue.

You are so right yet again Lee!

That makes sense, this is why the Japanese are black. I always wondered why the japanese were black people, i figured it was due to their diet rich in fish.

perhaps more propaganda against white Indo -Europeans , is this anything thing to do with the 50 million lovely Africans coming our way c/o the E U

Here is an interesting piece that shows another way science is being perverted by 'one race' idiots:
http://www.amren.com/mtnews/archives/2009/08/why_racial_prof.php