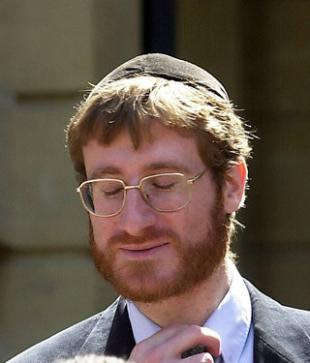 It appears that convicted child rapists can teach at schools and universities, but BNP members cannot if the government gets their way.


AN academic convicted of sexually assaulting a young girl eight years ago has been jailed after police found sick images of children on his computer.

Dr Benjamin Yudkin, 41, had 82 images of children when police seized his computer in February.

Matthew Walsh, prosecuting, told the court Yudkin was convicted of one count of sexually assaulting a young girl in 2001.

Yudkin was found guilty at Reading Crown Court of touching the girl at a Jewish holy festival and given three years’ probation.

He also admitted possession of 13 indecent photographs eight years ago.

Mr Justice John Saunders told the court that due to Yudkin’s previous convictions he must be put behind bars.

Mr Walsh said four of the 82 images found by police had been saved by Yudkin on his computer.

Rachel Drake, defending, told the court Yudkin had worked with specialist groups to fight his urges since his conviction eight years ago.

He had devised coping strategies to ensure he did not offend again, but he stopped taking medication prescribed to prevent re-offending due to unpleasant side effects such as twitches and night sweats, Ms Drake added.

She said: “He won’t stop taking the medicine again. But it has to be accepted this was a relapse.”

Mr Justice Saunders described Yudkin as an intelligent man. He said: “This defendant suffers from depression and stopped taking the drug helping him with depression because of unpleasant side effects.

“Dr Yudkin recognises the seriousness of the offences. He knows... it is only because of people like him taking an interest in images such as these, that photographs of children are taken.”

Yudkin was disqualified from working with children and placed on the Sex Offenders’ Register for seven years.

Wow, nice post,there are many person searching about that now they will find enough resources by your post.Thank you for sharing to us.Please one more post about that..

Hello I enjoyed yoiur article. I think you have some good ideas and everytime i learn something new i dont think it will ever stop always new info , Thanks for all of your hard work!.