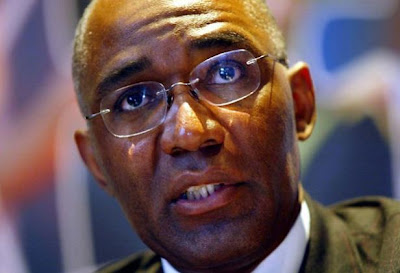 image - Trevor Phillips, admirer of Lenin who keeps a bronze bust of Lenin on his desk in the EHRC - the buck stops here.


For over a month now the BNP have been keeping a story under wraps that is potentially explosive.

Now that the story has been outed on various blogs and sites on the internet we now have to comment.

A month ago we received an anonymous letter from insiders at the Equality Commission concerning an incident during an EHRC staff meeting a few weeks before the BNP were forced to go to court to fight a case initiated by the EHRC.

This was done so that ;


So we can see that the plan was that EHRC staff would be able to personally enrich themselves by using EHRC lawyers to run the cases, which would be funded by the EHRC and with tax payers money.

There is at present a formal investigation underway in the EHRC into the allegations.

I have submitted various Freedom Of Information requests to the EHRC and spoke to EHRC staff who have confirmed that the information is essentially 100 % correct.

The latest response from the EHRC in a letter dated 16th October 2009 from the legal department of the EHRC is that ;

3) That e mails exist that prove the plot to 'entrap' the BNP occurred but that FOI legislation is, perversely, being used to deny public access to those e mails


This is a scandalous episode in the EHRC.

The buck ultimately lies at the top with Trevor Phillips.

The EHRC is the most institutionally racist and corrupt public institution in Britain.

It is not only above the law, it is able to issue rules and regulations under the Race Relations Acts that bypass Parliament entirely.

There is no democratic accountability at all by the EHRC.

It receives a yearly budget of 70 million per year from the tax payer and employs 400 staff.

In recent months various senior officials have resigned due to bullying and amidst calls of internal incompetence at the senior level.

The case against the BNP was a politically motivated case - we all know that.

But to have a situation where EHRC senior staff are using the resources of the EHRC to personally enrich EHRC staff using tax payer money is a disgusting abuse of power.

The fact that a cover up is underway using the FOI legislation designed to ensure transparency and accountability for public bodies and public servants is scandalous.

The ethnic minority members of staff at the 10 th July meeting refused point blank to go along with the plan of Tim Wainwright.

They realised that the plan was a criminal conspiracy as defined under the Fraud Act 2006 - "Fraud by abuse of position" is defined by Section 4 of the Act as a case where a person occupies a position where they are expected to safeguard the financial interests of another person, and abuses that position; this includes cases where the abuse consisted of an omission rather than an overt act.

They had the integrity to refuse the plan and also to whistle blow the plot.

It now appears that senior EHRC staff are now bullying, victimising and harassing those people in the EHRC that they suspect of leaking the information to the BNP.

This is merely evidence yet again of the utter corruption within the EHRC.

The BNP demand that this investigation is held in public and that it is not hidden away whilst a Stalinist type purge of EHRC staff is underway.

This scandalous plot must be exposed and a full investigation begun that uncovers whether Tim Wainwright was acting with the blessing of Trevor Phillips and John Wadham, the EHRC senior lawyer.

At the moment all we know is that the investigation is being hidden away whilst EHRC staff are being victimised and threatened with losing their jobs.


The equality watchdog is conducting an internal investigation into allegations that a director asked minority employees to join the British National Party (BNP), testing the party's constitution ahead of a legal case.

A source told Personnel Today the senior manager asked staff in a teleconference to identify employees at the Equality and Human Rights Commission (EHRC) from a black and ethnic minority background who could be asked to join the far-right BNP.

The EHRC allegedly wanted to gather evidence that the BNP refused minority applicants to the party, in the build up to its legal case against the party's rules.

In a letter to the Personnel Today, the source said: "[The director] clearly ignored the legal, ethical and public safety implication of [their] advice. We have learnt that all staff present in the teleconference rejected the advice of [the director] and have officially complained against [them]."

The source claimed the staff involved in the teleconference have since been "treated with suspicion" and labelled "troublemakers".

An EHRC spokeswoman denied the allegations. She said: "An internal investigation is ongoing at the moment. It is not, and has never been, the policy of the commission to encourage anyone to join or attempt to join the BNP."

Last month, the BNP agreed to change its constitution and membership criteria to allow minority members.

I am absolutely disgusted reading this. It is an abuse of our democratic system. I don't know how long it takes to become a BNP member but I would suggest you have a system by which full membership cannot take place for quite some time since the BNP's enemies would like to join quick and betray quick without contributing anything at all to the party.

I recently site-grabbed the ERHRC website to see if any of its lawyers are named on the site. I'm pretty sure, after a thorough examination, that none are named. I'd be intersted to know if it's legal to keep the names of these in effect public employees secret?

And this is a Publically funded organisation plotting to destroy the ONLY organisation dedicated to serving the Indigenous British People.

Who Represents the Indigenous British People ?