Islam and the English Revolution 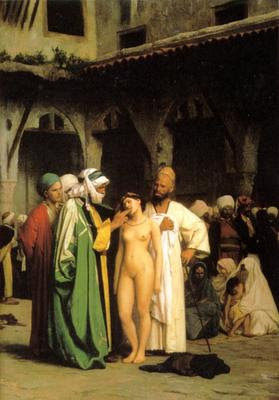 
The last time that Islamists were in Britain and causing as a much of an impact on British politics and societ as today was in the 17th Century.

Back then they caused a revolution.

I suspect this will occur again.


Many have argued that barbary slavery between 1625-1640 was one of the reasons for the outbreak of civil war in England. King Charles I succeeded to the throne in 1625, and immediately faced tension with the English sailors, ship owners, and other coastal inhabitants.

At this time, there were already hundreds of captives in the Barbary States. Merchants would not only lose their employees to the barbary corsairs, but also their vessels and goods. They were furious that King Charles I was not putting enough of the money that was earned from taxes and other forms of revenue toward security along the coastline.

Furthermore, many of the captives were members of distraught families, who thought that anything that could be done to have their family members returned should be done. The King attempted to appease the masses and pay ransoms for the captives, but his efforts were thwarted by corruption in his government. King Charles I proposed having members of his government collect ransom money from townspeople, but often, the government official would claim to have freed many captives but instead keep the collected money to himself.

By 1640, there were thousands of English captives in North Africa. As a result, King Charles I was very unpopular around the coast of England, and this helped lead to the Civil War in 1642.

I can advise people to visit my blog for more information on this subject without appearing like a know-all since it's a collection of extracts from books I've posted, not my own opinions.

Black folk especially should view it.

"many have argued"... can you cite some academic research that backs this up? My (admittedly only degree level) reading on this doesn't throw this up as a cause

Having a degree from an British university is akin to having a certificate of brainwashing from a North Koran university.

Do you honestly expect them to tell you that the Islamic slave trade and raids on the British coast was the primary trigger for the English Revolution ?

If they did they would have to tell you about the Islamic slave trade at that time - and that would open up a whole can of worms about white victimhood at the hands of Muslims that PC teachers do not want opened.

The most unpopular of Charles' taxes was Ship Money, a medieval custom that required coastal towns to pay for the upkeep of naval defences in times of emergency.

In 1634, with Dunkirk pirates in the Channel and Barbary corsairs raiding Ireland, Cornwall and Devon for slaves, King Charles taxed the coastal counties to pay for the building of new warships.

In 1635, he extended the tax to include inland counties. Even though ship-money was intended to finance a new fleet for England's defence, there were strong objections because the King had imposed what amounted to a new tax without the consent of Parliament.

A concerted campaign of non-payment was led by Viscount Saye and Sele, whose associate John Hampden was prosecuted before the Court of Exchequer in 1637.

Advised by the lawyer Oliver St John, Hampden challenged the legality of the tax. Of the twelve judges who heard the case, five found in Hampden's favour while seven supported the King. Although the verdict had gone against Hampden, he was widely regarded as having won a moral victory against the King's tyranny.

This was the moment that the King lost popular support from the people, and hence was the trigger for the later revolution.

"Having a degree from an British university is akin to having a certificate of brainwashing from a North Koran university."