The Idiot Generals and Utopian Murder 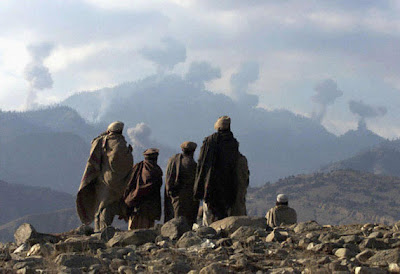 Image - " Dont be frightened lads, its just 'Liberal Democracy' coming to save us "

I have just finished reading the fantastic book 'Black Mass - Apocalyptic Religion And The Death Of Utopia', by John Gray.

This book is a must read for all Nationalists.

and it reveals that we are run by political fools and war criminal generals.

Over on the Tory Toff site 'Nothing British About The BNP' run by the chinless wonders Lord James Bethell and Tim 'Nice but dim' Montgomery they are still trying to get their Tory Generals and Tory Rent A Hero Campaign under way.

The brilliant article in todays The Daily Mail by Andrew Alexander was one of the most honest and brutal articles I have ever read in a mainstream corporate media newspaper.

This article demolishes not just the politicians like Blair and Cameron that took us into the Iraq War and Afghan War but also the coterie of career chasing, medal collecting, blockhead generals that Blair and his cabal surrounded themselves
with.

These generals are more than just morons, they are war criminals.

For generals like Sir David Richards to say we will have to stay in Afghanistan, whilst the British Army is slowly being bled to death, for forty years shows they are ;

1) Either rubbish at fighting a war and should be removed as incompetent.

2) Insane - in that any 'plan' that involves the British Army occupying a hostile foreign power for the benefit of a corrupt Afghan government that is a puppet of the US in order to protect oil pipelines for the US oil companies and Petro-Dollar Recycling System that sustains Fiat Banking for forty years is an insane plan.


3) Lying - in that the real aim of the war is to secure the Silk Road Strategy of the US and occupy Afghanistan for forty years, or until the oil is drained from Iraq and piped out via Afghanistan (whatever comes sooner).


Here is the sort of utter stupidity in the senior ranks of the British Army so clearly defined ;

The Nothing British military campaign against the BNP said: “General Dannatt is so widely admired in the Armed Forces. He’s someone who is seen by the rank and file as a man who stood up for them in their time of need. To attack him is a joke. It’s a major own goal.”

“The British Army is about promoting liberal democracy around the world, not hatred and division like the Nazis.”

The idea that Liberal Democracy can be promoted with bullets, bombs and bayonets is insane, as the book Black Mass so wonderfully explains.

The whole 'promotion of liberal democracy' project of the Neo-Conservatives alongside their 'War On Terror' bollocks, was one of the most insane ideas in human history.

This type of moronic thinking is what the idiot generals believed as Andrew Alexander in todays The Daily Mail so rightly rips to shreds.

The moron politicians and their moron generals really did think that they could bomb the Taliban into being liberal democrats and impose a free market selling camels, AK47's, RPG's, Mobile Phones, Pornography, Hollywood Movies and opium in Afghanistan.

The idiot Blair believed this shit as well - and led the British Army into hell on earth.

The ‘promotion of liberal democracy’ by the politicians and the generals led to a concentration camp in Cuba, the suspension of Habeus Corpus, ID cards, the surveillance society, internment without trial, secret arrests, extraordinary rendition, secret presidential assassination squads, torture in US secret prisons and the outsourcing of terrorism to nations friendly with the US and the slaughter of hundreds of British troops to get into power corrupt Iraqi oligarchs and an Afghan government as bent as nine bob note that requires British troops to fight and die for this corrupt regime for the next 40 years according to the latest idiot general Sir David Richards.

This is what happens when armies are used to promote liberal democracy.

This is what will happen again when the Tories get in power - this time with Iran.

William Blake wrote 'The road to Hell is paved with good intentions'.

In our time, the road to hell was paved with good intentions and daisy cutter bombs.

Posted by Defender of Liberty at 11:22

Answer to the caudillos: the symbols used by the BNP are from a time when the British nation was threatened by foreign occupation and domination. It doesn't refer to a peace time professional army but the mobilisation of the whole nation and the need for the British indomitable spirit against great odds.

We would just as likely take the views of a cabinet member of Zanu-Labour on the political views of Pitt the Younger or Cromwell as we would from one of the army careerists of today on military leaders of the past. The intrusion of army generals into the political sphere brings to mind another SAS leader David Stirling and his ‘Greater Britain 75’clique and their preparations for a potential coup against the Harold Wilson government as they strongly disagreed with his government.

If the Generals must write letters to the press as directed by their aristocratic cronies let it be on the dire resource needs of the modern British army, the high levels of homelessness after soldiers are let go, the forcing out of dedicated members under manning controls (http://www.dailymail.co.uk/news/article-185884/Army-pension-scam.html) and the general cannon fodder attitude that seems to be shared by both the political leaders of this country and the senior members of the British army.

Personally maybe they should have an opinion, maybe they shouldn't, but if they are going to voice opinions, why the silence on the Surrender of British Sovereignty, or over 1 Million violent deaths in Iraq since we invaded.
I'm almost led to believe these Generals too are part of the New World Order.

If that's the sort of Britishness Dannat Believes in then He's a disgrace, if you are going to speak out sir, what about the 1 Million dead Iraqi's, most of whom were non combtants.

I have to say I'm rather dissapointed in Dannat, I had him down as one of the Good Guys.

Maybe he's made an error of Judgement here, maybe he's a NWO Lackey, time will tell.