The Key - How To Unlock Mass Support 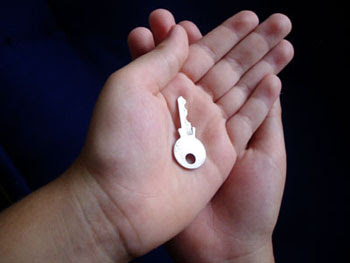 I pondered on this blog a few days ago why only 6 % of the public agreed with the BNP policy on immigration whilst 33 % of the public supported a far more extreme policy than the BNP have which is to deny all immigrants access to the NHS, schooling, benefits etc etc.


I just couldnt work out how these poll figures made any sense.

They revealed that a third of the public hold very extreme views on the issues of immigrants, but that they rejected the BNP policy on immigration.

It just didnt make any sense.


Then I spoke to Nick and he answered it in a single second.

The answer is because the people polled believe that the BNP immigration policy is Compulsory Repatriation and not Voluntary Repatriation.

Take a look at the poll PDF link above and note that the pollsters read out a short statement on each parties policy before they ask the questions to the pollsters.

It is obvious that this is how the polls are being skewed.

The pollsters do not tell the people they are polling what the BNP policies really are, they peddle to them the same lie as the media that the BNP stand for Compulsory Repatriation as opposed to voluntary repatriation.

I must admit that Nicks answer shocked me.

I never realised that even I, as a cynical bastard, would still be believing in the integrity of the polls and pollsters so much.

But thanks to the pollsters, and this poll, it has revealed where the BNP must campaign from now on.

We need a whole new leaflet drafted up simply on our position on voluntary repatriation.

We must go on the offensive about this issue - as it is this 'false perception' promoted by the media on this single issue which is preventing us unlocking mass public support.

It appears that the public really do believe the media lie that the BNP is going to round up and deport all the immigrants in the country.

It is this single media lie that is preventing us unlocking mass support.

Therefore this lie has to become the primary target of our propaganda in elections.

We must kill the lie before we unlock mass support.

The poll also kills forever the lie that the British public would support a political party that advocates such a policy of compulsory repatriation - and thereby ensuring those on the political far right that say the public would are simply talking total rubbish.

6 % of the public does not a general election win.

The BNP must now start to properly formulate its immigration policy with the poll in mind.

We should also have a video made with British naturalised citizens who wish to take up our offer of voluntary repatriation with financial assistance and resettlement grants if they wish too.

We need a whole new leaflet drafted up that is specifically targeted on this issue and that explains our policy - that we will only deport illegal immigrants, foreign criminals, extremists and terrorists, bogus asylum seekers and illegal overstayers REGARDLESS OF THEIR RACE, RELIGION OR NATIONALITY.

This insight is the key to unlock mass public support.

The poll provides us with the answer why people are not prepared to vote for us even though they agree with our policies on everything else - its because they really do believe the media lie that we are going to round up all the immigrants, stick them in camps and then deport them all.

The idea that the BNP would deport the nice Sikh couple that run the local post office appalls them - and rightfully so.

Not only that it would leave the BNP government and people who undertook such a policy liable to international prosecution for crimes against humanity.

I dont think anyone wants to be standing in the same dock as Milosevic of Karadzic.

Therefore we must start a massive publicity campaign to highlight our real policy and promote it to the public.

If the public knew our real policy, as opposed to the media lie, then they would support the BNP far and above the policies on immigration of all the other parties.

In fact I suspect that once we begin to hit this issue hard, and get the truth out, that it will give us a massive boost in elections.

The leaflets that go out mention the issue of immigration but never define exactly what our policy is.

This is why we need a single leaflet spelling out in easy, understandable terms to the public our true immigration policy to go out in all elections.

The poll result reveals that a media lie will always triumph over the truth.

Therefore in order to combat the media lie we must start to focus in on this issue and ensure that the public are aware of the truth and that the media and the other parties have been lying them.

I call this poll result 'The Key' as it finally reveals just how we can unlock mass support.

I believe you are right Lee, this is the key that will unlock mass support. And you have discovered it in good time for the general election.

It should definately become one of the central campaign pieces. Great work.

I agree with what you are saying, but can I suggest that any leaflets and/or videos produced to publicise this are 100% accurate; no more (American I believe) models posing as BNP-supporting 'British workers' on billboards; no more pictures of spitfires flown by polish pilots. Our enemies will try to find the tiniest of faults in everything the BNP does - the party must not hand it to them on a plate. And yes, all parties do this sort of thing, but only the BNP will come under the sort of scrutiny that will leave us open to ridicule. So, no Asian actors in the videos for a start please!

It's easy to misunderstand the public when you're already streets ahead in comprehending nationalism and the BNP's policies.

There are many teachers out there who are brilliant but can't teach because they can't connect with their students OR UNDERSTAND WHAT IT'S LIKE NOT TO UNDERSTAND.

I only found out & understood BNP's immigration policy from Andrew Brons's excellent interview on Channel 4 with the awful Margaret Hodge, who misrepresented BNP policy by even suggesting BNP would get rid of students or stop tourism.

Lee you are right- people don't want to see people thrown out of the country mercilessly, after all it is not their fault they were invited to come here by our politicians.

If we can get the true BNP policy on immigration and repatriation out then our support will rocket - getting out this message must be central to the strategy in the run up to the election, this could well be the factor that determines if we actually win any seats!

Simple,
Name and shame them.
Dont promote us, de-promote the filth, mass canvas every shopping centre, every Bus Station and every where else you can think of before a general election and show the people what the Bastards really are !!
A so called Pirate Ship or a already sunk filth boat with a one way ticket to a sure death sentence !

I think its important to bring other policies to the fore, most of the Public still think the BNP are a one policy Party, though they know different even MSM Bloggers will spout that lie.

BNP Policies are just common sense, they are not extreme, they are what any Conservative or Labour Politician would have come to accept as common sense policies only a few decades ago...

I still think some good quality dvds could help, i download off youtube burn to disc but the quality is very often not up to scratch.

Exactly. A clarifying dedicated leaflet on BNP Policy on Repatriation