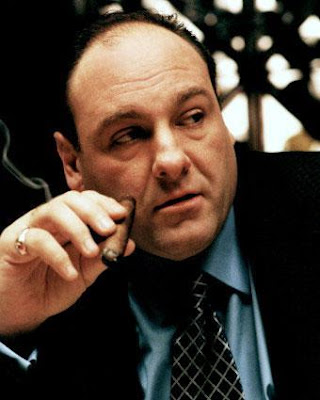 Boris Johnson has just announced that New York businessman Anthony Soprano will be his new Deputy Mayor of London.

Boris has said, " Tony is a real peoples person. After my last two appointments as London Deputy Mayor were revealed to be as bent as a ten quid rolex, I have decided to recruit someone whose integrity is beyond doubt. People are beginning to question my judgement, they say, 'For fucks sake Boris cant you find anyone in the Tory Party who isnt bent to do the job' and I reply, NO.

Finding someone who isnt bent in the Tory Party is like trying to find someone who isnt on the sex offenders register in the Lib Dems. But dont tell Dave I said that ... snigger, snigger. Anyway, Tony will be my new deputy mayor and I have great faith in him. Tony would you like to say a few words.. ".

Mr. Soprano grabbed hold of the microphone and said, " This is the only fucking warning you will get. Any of you idiot media monkeys say anything bad about Boris or call him a clown who couldnt run to the toilet without shitting his pants let alone run London whilst I am deputy mayor will find themselves in a concrete block propping up the Tongan wrestlers accomodation block at the London Olympics site ".

Posted by Defender of Liberty at 08:48