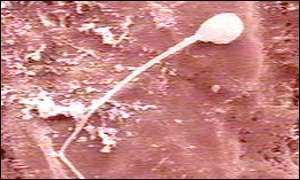 What I thought was simply yet another idiotic, useless ex-sperm that by chance somehow managed to achieve union with an egg has suddenly done something interesting and written a good article.


Is Barack Obama about to drive his Presidency into a bloody ditch strewn with corpses? The President is expected any day now to announce his decision about the future of the war in Afghanistan. He knows US and British troops have now been stationed in the hell-mouth of Helmand longer than the First and Second World Wars combined – yet the mutterings from the marble halls of Washington DC suggest he may order a troop escalation.

Obama has to decide now whether to side with the American people and the Afghan people calling for a rapid reduction in US force, or with a small military clique demanding a ramping-up of the conflict. The populations of both countries are in close agreement. The latest Washington Post poll shows that 51 per cent of Americans say the war is "not worth fighting" and that ending the foreign occupation will "reduce terrorism". Only 27 per cent disagree. At the other end of the gun-barrel, 77 per cent of Afghans in the latest BBC poll say the on-going US air strikes are "unacceptable", and the US troops should only remain if they are going to provide reconstruction assistance rather than bombs.

But there is another side: General Stanley McCrystal says that if he is given another 40,000 troops – on top of the current increase which has pushed military levels above anything in the Bush years – he will "finally win" by "breaking the back" of the Taliban and al-Qa'ida.

How should Obama – and us, the watching world – figure out who is right? We have to start from a hard-headed acknowledgement. Every option from here entails a risk – to Afghan civilians, and to Americans and Europeans. It is not possible to achieve absolute safety. We can only try to figure out what would bring the least risk, and pursue it.

There is obviously a huge risk in sending an extra 40,000 machine-gun wielding troops into a country they don't understand to "clear" huge areas of insurgent fighters who look exactly like the civilian population, and establish "control" of places that have never been controlled by a central government at any point in their history.

Every military counter-insurgency strategy hits up against the probability that it will, in time, create more enemies than it kills. So you blow up a suspected Taliban site and kill two of their commanders – but you also kill 98 women and children, whose families are from that day determined to kill your men and drive them out of their country. Those aren't hypothetical numbers. They come from Lt. Col. David Kilcullen, who was General Petraeus' counter-insurgency advisor in Iraq. He says that US aerial attacks on the Afghan-Pakistan border have killed 14 al-Qa'ida leaders, at the expense of more than 700 civilian lives. He says: "That's a hit rate of 2 per cent on 98 per cent collateral. It's not moral." It explains the apparent paradox that broke the US in Vietnam: the more "bad guys" you kill, the more you have to kill.

There is an even bigger danger than this. General Petraeus's strategy is to drive the Taliban out of Afghanistan. When he succeeds, they run to Pakistan – where the nuclear bombs are.

To justify these risks, the proponents of the escalation need highly persuasive arguments to show how their strategy slashed other risks so dramatically that it outweighed these dangers. It's not inconceivable – but I found that in fact the case they give for escalating the war, or for continuing the occupation, is based on three premises that turn to Afghan dust on inspection.

Argument One: We need to deprive al-Qa'ida of military bases in Afghanistan, or they will use them to plot attacks against us, and we will face 9/11 redux. In fact, virtually all the jihadi attacks against Western countries have been planned in those Western countries themselves, and required extremely limited technological capabilities or training. The 9/11 atrocities were planned in Hamburg and Florida by 19 Saudis who only needed to know how to use box-cutters and to crash a plane. The 7/7 suicide-murders were planned in Yorkshire by young British men who learned how to make bombs off the internet. Only last week, a jihadi was arrested for plotting to blow up a skyscraper in that notorious jihadi base, Dallas, Texas. And on, and on.

Even if – and this is highly unlikely – you could plug every hole in the Afghan state's authority and therefore make it possible to shut down every camp, there are a dozen other failed states they can scuttle off to the next day and pitch some more tents. Again, that's not my view. Leon Panetta, head of the CIA, says: "As we disrupt [al-Qa'ida], they will seek other safe havens. Somalia and Yemen are potential al-Qa'ida bases in the future." The US can't occupy every failed state in the world for decades – so why desperately try to plug one hole in a bath full of leaks, when the water will only seep out anyway?

There are plenty of Taliban fighters in Afghanistan – but they are a different matter to al-Qa'ida. The latest leaked US intelligence reports say, according to the Boston Globe, that 90 per cent of them are "a tribal, localised insurgency" who "see themselves as opposing the US because it is an occupying power". They have "no goals" beyond Afghanistan's borders.

Argument Two: By staying, we are significantly improving Afghan human rights, especially for women. This, for me, is the meatiest argument – and the most depressing. The Taliban are indeed one of the vilest forces in the world, imprisoning women in their homes and torturing them for the "crimes" of showing their faces, expressing their sexuality, or being raped. They keep trying to murder my friend Malalai Joya for the "crime" of being elected to parliament on a platform of treating women like human beings not cattle.

But as she told me last month: "Your governments have replaced the fundamentalist rule of the Taliban with another fundamentalist regime of warlords." Outside Kabul, vicious Taliban who enforce sharia law have merely been replaced by vicious warlords who enforce sharia law. "The situation now is as catastrophic as it was under the Taliban for women," she said. Any Afghan president – Karzai, or his opponents – will only ever in practice be the mayor of Kabul. Beyond is a sea of warlordism, as evil to women as Mullah Omar. That is not a difference worth fighting and dying for.

Argument Three: If we withdraw, it will be a great victory for al-Qa'ida. Re-energised, they will surge out across the world. In fact, in November 2004, Osama bin Laden bragged to his followers: "All that we have to do is to send two mujahedeen [jihadi fighters] to the furthest point east to raise a piece of cloth on which is written "al-Qa'ida" in order to make generals race there, and we cause America to suffer human, economic and political losses – without their achieving anything of note!" These wars will, he said, boost al-Qa'ida recruitment across the world, and in time "bankrupt America". They walked right into his trap.

Yes, there is real risk in going – but it is dwarfed by the risk of staying. A bloody escalation in the war is more likely to fuel jihadism than thwart it. If Obama is serious about undermining this vile fanatical movement, it would be much wiser to take the hundreds of billions he is currently squandering on chasing after a hundred fighters in the Afghan mountains and redeploy it. Spend it instead on beefing up policing and intelligence, and on building a network of schools across Pakistan and other flash-points in the Muslim world, so parents there have an alternative to the fanatical madrassahs that churn out bin Laden-fodder. The American people will be far safer if the world sees them building schools for Muslim kids instead of dropping bombs on them.

He can explain – with his tongue dipped in amazing eloquence – that trying to defeat al-Qa'ida with hundreds of thousands of occupying troops and Predator jets is like trying to treat cancer with a blowtorch. Now, that really would deserve a Nobel Peace Prize.

The Muslim Council of Britain have released a statement saying the Question Time appearance "will create deep divisions in our society, and is disrespectful to the memory of those people, including many Muslims, who sacrificed so much to end Fascism in Europe during the Second World War."

Todays muslims "sacrificing so much to end fascism" -
http://video.google.com/videoplay?docid=2515587181120245843&ei=AGhKSqqmNNqd-AacveCWDQ&q=undercover+mosque#

UAF Cameron is a pro-islamist placeman of the ruling elte.

The Future's bright, the Future's Orange, errr I mean Islamic, if you think about it though it makes sense, what better way for the ruling elites to maintain their grip on power over the masses than with Islam and Sharia Law.

To be fair I must point this out though.
BBC Debunks Muslim Demograpics Video


However, if the establishment were correct, why do they need to hide the facts on the mist popular names.

The amazing thing about Mass hypnosis is that with the right person saying it and by repeating a lie over and over, you can get people to believe anything, even if it is contrary to what their own eyes are telling them as they walk down the street or drive to work.