The Nuremberg Trial and the Tory Generals 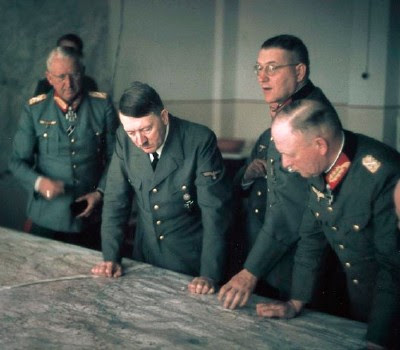 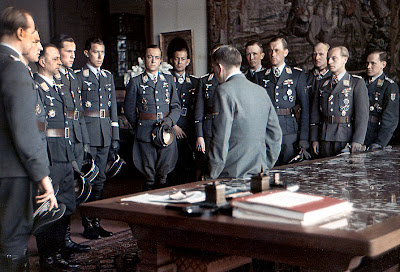 Could Tony Blair and the Tory generals be prosecuted for war crimes under the Nuremberg Court rulings - yes.

The interesting question though is could Blair and the generals be prosecuted by the International Criminal Court.

The answer is yes.

On July 1, 2002, the International Criminal Court, a treaty-based court located in The Hague, came into being for the prosecution of war crimes committed on or after that date. However, several nations, most notably the United States, China, and Israel, have criticized the court and refuse to participate in it or to permit the court to have jurisdiction over their citizens. Note, however, that a citizen of one of the 'objector nations' could still appear before the Court if they were accused of committing war crimes in a country that was a state party, regardless of the fact that their country of origin was not a signatory.[citation needed]

However the court only has jurisdiction over these crimes where they are "part of a plan or policy or as part of a large-scale commission of such crimes".[9]

The Prosecutor of the International Criminal Court reported in February 2006 that he had received 240 communications in connection with the invasion of Iraq in March 2003 which alleged that various war crimes had been committed. Many of these complaints concerned the British participation in the invasion, as well as the alleged responsibility for torture deaths while in detention in British-controlled areas.[1]

On February 9, 2006, the Prosecutor, Luis Moreno-Ocampo, published a letter[2] that he had sent to all those who had communicated with him concerning the above, which set out his conclusions on these matters, following a preliminary investigation of the complaints. He explained that two sets of complaints were involved:

(1) Complaints concerning the legality of the invasion itself; and

(2) Complaints concerning the conduct of hostilities between March and May 2003, which included allegations in respect of (a) the targeting of civilians or clearly excessive attacks; and (b) willful killing or inhumane treatment of civilians.

The UK, Australia, and Poland are all state parties to the Rome Statute which established the International Criminal Court (ICC) and therefore their nationals are liable to prosecution by the court for the violation of any relevant international criminal laws. Because the United States is not a state party, Americans cannot be prosecuted by the court (except for crimes that take place in the territory of a state that has accepted the court's jurisdiction, or situations that are referred to the court by the United Nations Security Council, where the US has a veto).

The court has established that new evidence will re-open the war crimes investigations.

NONE of the intelligence documents relating to the post 911 events that led to the dodgy dossier being created and the British government going to war on the grounds of manufactured evidence have been released yet.

There remains the real possibility that Tony Blair and the generals may be indicted for war crimes, crimes against humanity and planning an illegal war.

The idea that Abu Ghraib was not a crime against humanity and that Guantanamo Bay were not illegal concentration camps is only held by the US and UK.

Sooner or later the decisions of the court will be reviewed - and the politicians and their generals better beware.

Posted by Defender of Liberty at 09:46

I like it when Nick Griffen goes on the attack and putting the UK generals in the dock at the Hague is the right response to these tory arselickers. If Jodl and Keitel could be hanged then I m sure Dannett and co can be as well for their war crimes.

My suggestion ; the generals will be bound to feature on Thursday. Deflect any question by a publicity coup. That same day go to a police station with evidence and ask Tony Blair to be investigated for war crimes. Your the legal expert Lee it wouldnt be a major task and let it be revealed during Question Time...nice!

Anonymous makes some god points. When Nick goes on the attack he is unstoppable, and he seems to have really found his feet lately and is tearing all media apart. I think that the laying of war crimes charges should wait until the day Blair is announced as the candidate for president of Europe - that would totally take the wind out of his sails.