The Book of Revelation - One Event ? 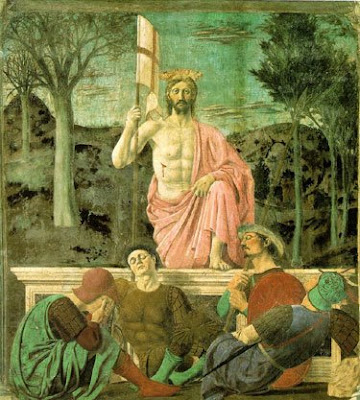 This is when I looked at this issue in terms of a Gnostic interpretation.

One of the interesting things about studying Gnosticism is that it allows unique and radical re-interpretations of events we usually only see through the prism of the religions of the book.

The commentary below is an alternative Gnostic explanation of the Book of Revelation based on a Gnostic intepretation of the eschatolgical events contained within it.

The seven seals in this interpretation represents the various impacts of one event upon the planet and humanity, not a series of seven different specific events eg a tsunami, volcano etc and that one single event is the arrival of Wormwood - a massive meteor strike on the planet that causes massive environmental damage, human societies to collapse and war and chaos.

The impossibility, and total overkill of huge seven world destroying events occuring one after the other in short time, shows the seven events interpretation of the book of revelation is flawed.

In such an interpretation, just one or two of those events such as a super volcano, meteor, plague etc all occuring one after the another as a series of seperate events each with an independent trigger would destroy all of humanity.

Therefore there could be no Second Coming.

Therefore this seven events interpretation has to be incorrect.

Therefore we can postulate that one major event occurs and that this then triggers a series of events that correspond to causing a plague, a volcano erupting, a flood etc as a result of this single event.

This single event is therefore a world and human survivable event as its associated secondary effects are limited as per their effects.

After this single event, and the seven seals associated events, then the anti-christ arises to power as a false prophet that the people of the planet follow as he offers the survivors a vision of a unifying, one world / one religion hope.

This vision though is the creation of a new global monolithic fundamentalist christian-Judaism-Islamist religious movement and religion that seeks to replace the present christianity / islam/ judaism religions controlled by their own hierarchies and opposed to each other, with an alternative unified religious system that fuses and encompasses all the Abrahamic religions into a single religion of the book.

The trigger for all this is Wormwood - a massive meteorite strike upon the planet.

Global devastation occurs. Emergency law is imposed in America. The world suffers collapse and nations start to wage war against each other for the basic resources to survive. Politics is suspended.

Imagine a charismatic preacher in the years after the impact when billions have died, the global environment is severely damaged, massive immigration and migration begins, famine stalks the world, nations and military forces that have survived the impact wage eco-wars, food wars, fuel wars and water wars against each other and the political systems of the planet break down.

This person would be all things to all men uniting them all - a christian with a history of Islam and a supporter of Zionism, Judaism and Israel, black and white, charismatic and powerful.

He will begin as a politician and after the disaster abandon politics - for he will be able to use emergency powers to impose his will upon his nation and the world.

Imagine someone like President Obama with a similar background and power - a Christian of Muslim heritage, part black, part white, all things to all men.

He begins to build a new global US empire after this disaster based on reconciling Judaism, Islam and Christianity and by uniting them, he will preach and proclaim a new religion of world peace.

People are delighted, crying out for this hope due to the wars, terrorism etc in the world.

This president / leader turned preacher who is no longer a politician as he has the power to rule by decree states that Judaism, Christianity and Islam are all religions of the book, that each of them must unite in order to ensure that the fragile flame of human civilisation and the religions of the book survive.

Yet this religion of religions will seek to once again destroy the Gnosis, which is The Second Coming of Christ, as it will demand obedience to the demiurge Yaldaboath in his new guise and not human spiritual liberty.

Once again the books and their slaves will control what is left of humanity. Those that bear the mark of the beast, the mark of adherence to this new creed, are the new elect.

666 = a new religion based on the unification of the religions of the book.

The followers of the Anti-christ ( the enemy of the Gnostics ) will then persecute the Pneumatics that have knowledge of the Gnosis - this is because the followers of 666 will be controlled by Yahweh / Allah / Jehovah / Yaldaboath in a new guise in the way Blake described Urizen in his poetry as ever evolving into new forms in order to enslave Man and keep him from achieving his inner Godhood.

The new unified religion of the book - 666 - will merely be the old religions in a new guise.

It will therefore still repress and seek to control man.

The seven seals are the external physical judgement of the planet when the knowledge of the Gnosis is repressed and Man is denied Gnostic self liberation via the awakening of the seven inner seals of the seven Gnostic chakras.

It is not Yaldaboath that brings the judgement of Wormwood though it is Christos, the spiritual power of the true spiritual god in the fallen universe that is presently controlled by Yaldaboath - for in order to destroy the power of the anti-christ and the global religious empire of Yaldaboath, the world must be chastened and go through the process of the apocalypse. The apocalypse leads to the salvation. This is because though the devastation will at first strengthen the anti-christ,it will also be what reveals just who the anti-christ is and who his followers are and what his real agenda is.

The pseudo-religion of peace of the anti-christ will be revealed as just another new religious tyranny, just another form of the demiurge that persecutes all those that do not conform to its religious dogma.

Then the seven seals of the seven chakras of the Gnosis will begin to awaken and a new form of inner spirituality develops to resist the spread of 666, the Gnosis spreads, and an army of newly enlightened Gnostics will begin to fight back against 666.

The Gnostics are the power of Christos upon his White Horse with the sword of power in his hand.

They are the Army of God, The Army of the Second Coming.

The Gnostics of the The Second Coming are sent by the spirit of the inner Christos to destroy all last remnants of Yaldaboath from the planet, to ensure the power of the demiurge over the physical universe is overthrown, the 666 new religion of the demiurge is overthrown and the Gnostics are thereby able to restore Man, Earth and the universe to harmony with the true spiritual God, not the false creator god Yaldaboath.

Only by transcending the present level of humanity can Mankind save Man. It is our humanity, the present human evolutionary level, which is responsible for mans many crimes against man.

Man is an animal, a part of the animal kingdom, and therefore man is always a victim trapped within the cell of his own human biology.

In order to escape the inevitability of biological determinism whereby mans animal nature, and the religious manifestations of his animal spiritual level, will always destroy man, man must overcome his humanity.

The contemporary religions of man each correspond to the present animal level of man.

Gnostics will communicate via direct spiritual communion with the true spiritual god, they will no longer be under the dominion of the demiurge.

The religions of the demiurge will no longer have the power to say ' you may only reach god through us ' and demand obedience to their religious laws and the commands of their inner religious elect, for each Gnostic will experience God as a living presence within them.

God, the divine creative spirit, will speak to each Gnostic directly via the power of spirit. Men will reject evil, religion, ignorance, war and delusion by free choice, not via religious compulsion, as each will feel the divine spirit alive within them, guiding them through life.

There will be no need for popes, priests, imams, rabbis, holy books and a new powerful global religion to demand individuals obey Yaldaboath, his laws, and the orders of his acolytes - for each Gnostic will experience God within themselves.

From God being out there (exterior to the self), and only able to be experienced after death and via obedience to a specific religious path - God will be alive within us all.

By being in direct spiritual contact with God, Man will no longer be man.

Man will then transcend the animal and spiritual level of man, and thereby Man will transcend man.

Man will self liberate himself from his own defective biology.

As the Gnostics awaken and strike down the religion of the anti-christ they will start to heal the environmental wounds of the world caused by the impact of the meteor whilst at the same time Man will seek to heal his own inner wounds and cure disease, genetic defects and even death for all men.

Man will seek to turn the earth back into a garden of Eden and at the same time Man will transform himself from the ape level to a higher level of evolution, that of the Perfecti - those Gnostics of the future who have removed all inner genetic defects from all of humanity, healed all diseases and ended even death.

The world will once again be a garden of Eden providing the Perfecti with food and water and Man will live in total harmoney with God and Nature and neither Man or the world will any longer suffer disease, poverty, war, suffering and death.

They will do this not under the dominion of a religion but guided by spirit.

The Gnostics are the agents of this transformation.

The Perfecti the goal of this process.

Posted by Defender of Liberty at 13:55

Afraid I have to disagree with you Lee, the seven seals refer to the chakras.
If you get them all active you can move on!

You are right, and the article says this.

The 7 seals are also the 7 inner chakras and they are linked to the 7 event seals.

If man is unable to unlock the 7 inner seals of the chakras then the 7 exterior events of the 7 event seals will occur.

That way man will be forced to unlock the inner 7 chakra seals.

As above so below.

Imagine someone like President Obama with a similar background and power - a Christian of Muslim heritage, part black, part white, all things to all men.

He begins to build a new global US empire after this disaster based on reconciling Judaism, Islam and Christianity and by uniting them, he will preach and proclaim a new religion of world peace.

People are delighted, crying out for this hope due to the wars, terrorism etc in the world. --DOL

Obama has too many enemies to be the anti-Christ. From my understanding, an anti-Christ would have far reaching appeal. Obama appeals to many, but there are also many who hate his guts. Then again, some bible scholars believe that the anti-Christ doesn't refer to some future being, but to the evil ruler who reigned during the time Revelation was written. Nero perhaps? Not sure. It's not part of my original teaching, but it (evil ruler of the time) does make a lot of sense.