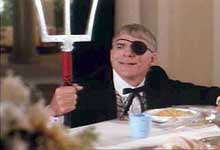 Image - Ketlan of the Lancaster Unity site or Ruprecht The Monkey Boy as he is known by Special Branch who he works for.


One of the defining features of the Liberal Fascist left and liberal elite is their inability to exist on the basis of logic, for they are motivated by their own tragic internal dysfunctional drives and twisted emotional disturbances.

They are heroin addicts so they vote for parties that are soft on heroin dealers.

They are paedophiles so they vote for parties that are soft on paedophiles.

They are from immigrant backgrounds so they support mass immigration.

Everything for the liberal is merely motivated by their own selfish desires.

Therefore the truth has no meaning for them, what matters is solely what they believe.

Take for instance the fact that even though the entire country now knows the fake leaflet that featured in the anti-Gurkha story in The Sun was printed and distributed by the Labour party funded Paul Gibson, a paid employee of TWAFA(Tyneside and Wear Anti Fascist Association), Lancaster Unity is still trying to tout the story as a real story. Local anarchists handed the leaflets out, after getting the leaflets off of a third party via Gibson.

The fact is that Lancaster Unity are linked directly with TWAFA and both have extensive links with each other.

It appears that Lancaster Unity are players in this story, offering more than just propaganda support to the people who printed this leaflet.

Gibson then passed a copy of the leaflet to Phil Wilson Labour MP for Sedgefield.

Wilson then contacted the SUN and gave them the story.

The Sun, like the scummmy paper it is, printed the lies in order to bolster the Labour Party.

Even now the lie story still sits on the Lancaster Unity website and its clique of sad, demented leftist freaks like Ketlan are still insisting it is correct, and they are even going so far as to make up spy story scenarios in the comments section to explain why the sun removed the article ;

The comments reveal how demented these scum are.

The Lancaster Unity are sanctimonious, demented idiots whose politics is based simply on their own sick depravities - they vote for those whose laws allow them to carry on with their sick desires.

This is why the truth does not matter to Lancaster Unity - only the lie that fits their own delusions.

Posted by Defender of Liberty at 12:54

Could you please keep up the twitter account or do something similar because I laughed my head off.

Comedy is an amassing weapon as I'm sure you know and you are pure genius at it.

You do realise that "liberal fascist" is an oxymoron, right? Or were you too lost in demonising your opponents to notice that?

Shall we see what fascism entails? Well, there's nationalism. Which the BNP has. If not an expansive foreign policy, then an aggressive stance on the matter of defense. The BNP has that too. Authoritarian? Social Darwinist? Wow, the BNP is really fitting the bill here! But liberals don't. Even the outspoken ones who shit on your beliefs.

Face it. You don't know politics. You know how to follow. You are he who does not question his master, but mocks others for doing the same. Grow some fucking backbone.

So you are still baiting these idiots then.
:)

Anonymous lets fly his own inner-rage and externalises this in a neat list of explitives. Well done.

Jewbag - when you are brainwashed like you are - you can't recognise truth when it's proved right in front of you: who are the one's implementing "no platform"? Who are the one's calling for censorship? You Liberals and leftists are the ones - Not the BNP. Who is behaving fascistly?

Fascists have leftist roots - Mussolini was a Socialist. The Fascists were at the forefront of "progressive" leftist politics. Stalin's propaganda machine drew the false distinction between Communists and Fascists, and "moderate" leftists swallow this hook, line and sinker. Fascists, Nazis and Communists are all equally Marxist Mafia. You go back to your political lessons.

Those losers over at the Lancaster Urinary are now so desperate that they've started posting fake threats against themselves on their shit little blog, in the vain hope that it will make the BNP look bad.

It just goes to show how rattled Kettle Arseowski is about the prospect of a BNP breakthrough on June 4th.

Is this the same ketlan? 3' 6" midget that thinks he's nails? Hes been battered round the ring more times than rocky. Stay clear of this one, whatever you do

That is a picture from a film.