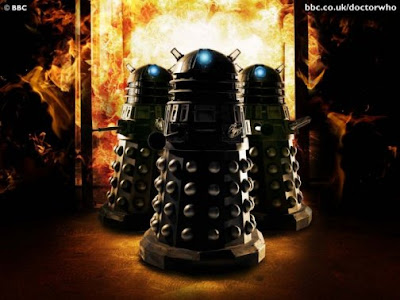 Typical gutless article from another gutless cringing liberal who has been appointed as a Times writer.

Read the article below and note that at no time does it mention that both the suspects and the people who opened fire on the police and the riots in the banlieue were immigrants to France who are also primarily muslims.

The refual to talk about the most basic factual requirement of news reporting, a description who the actual rioters were, was the basis of all the British media reports on the French riots of recent years.

These were not White Christian kids rioting, they were not Hindu or Sikhs, Chinese immgrants or Jewish rioters - they were virtually 100 % naturalised French immigrants who are also Muslims.

The Grey Zones of France, those places where the writ of the State no longer runs and power is concentrated in the hands of criminal gangs, drugs dealers and jihadist cells at the level of the streets and community, is the future for Europe.

The surrender of the power of the State to extremists is the very basis of multi-culturalism.

Those minority racial and religious extremists which organise into ethnic lobby groups come to dominate society via the ability to manipulate the law and public opinion via the media.

The State today does not surrender power back to the individual, but hands it over to the proffesional agitators of the race relations industry - the self appointed community spokes people who assert a right of authority with no democratic mandate.

Democracy and the state surrender themselves to the ethnic minority unelected racial identity extremist at the same time the rights of the individual and the silent majority are denuded and criminalised by the state for daring to protest this process.

This has led to the process of radicalisation and criminalisation of virtually all the various communities in most European nations.

Multi-culturalism drove people apart and radicalised them, not brought them together and integrated them.

Political Correctness has created a new apartheid, one based not just on race but also religion and culture.

Where the old apartheid in South Africa was based solely on the definition of race, the New Apartheid is based on seperate development and social ghettoisation on the grounds of racial differences, economic differences, religious differences and cultural differences.

This has created a 'Splintered Society' as well as a Broken Society'.

On top of existing economic inequality these new dynamics are at work in society ensuring the entire systems of society become ever more dysfunctional.

Sooner or later a Tipping Point will be reached.

There will come a time when Peace Walls like in Northern Ireland will exist in cities in this country. They already do in an unofficial manner in some parts of London and Oldham.

These peace lines between communities will grow over the coming years.

The dialectic is set, the outcome inevitable.

What we see in France is merely part of a process in all European nations that have tolerated mass immigration and multi-culturalism.

The end result will be a civil war in most European nations within a generation.

That is the legacy of liberalism, endless civil wars where demographic, economic, religious, cultural and racial conflict and terrorism will define the future.

But this whole crisis must never be allowed to be explained to the masses.

It is better that they think the Daleks are the problem, than the truth be debated.

Every time trouble breaks out in a tough French suburb, the dreaded scarecrow of November 2005 rears its ugly head - when the country descended into three weeks of nightly riots in its "banlieues".

The scarecrow was back this week after police were "ambushed" on Saturday night by assailants in the Cité 4000 - a housing project in the La Courneuve district in Seine-Saint-Denis, north east of Paris - as they transferred two suspects to a hospital in the area.

They came under fire from an assault rifle, but miraculously, nobody was hurt. One suspect escaped but was quickly re-captured.

As it happened on Saturday night, the story was aired all Sunday - an otherwise dead news day - and snowballed. The incident had all the right ingredients for an explosive news story along the lines of "suburbs on verge of explosion".

Firstly, this estate has huge symbolic importance, as it was here that Nicolas Sarkozy, while he was interior minister, famously promised to rid the place of drug dealers using "Karcher" (an industrial cleaner) after a youth was shot dead in the crossfire of a local feud. Critics say his words fuelled the suburban anger that led to the 2005 riots.

The fact that automatic gun-toting bandits are still there appears to suggest Sarkozy has not kept his bombastic promise; to rub salt in the wound, Michèle Alliot-Marie, the interior minister, described the estate as a "drugs supermarket". Sarko has kept uncharacteristically quiet this time.

The use of an AK-47, Alliot-Marie said, was as a "worrying development" and the first time such a weapon had been used against police. She made a surprise visit to the estate last night and promised to send machine-gun wielding police reinforcements immediately.

Unions said that a "new line has been crossed".


This is undoubtedly a worrying development, but should we be talking about (sub)urban unrest and a further deterioration in the tinder box banlieues? That was the initial knee-jerk media reaction.


But Mediapart, a subscription-only web site launched by a former editor of Le Monde, got hold of the police eyewitness report today written shortly after the shooting. A car swerved in front of the police van and a man came out, opened fire, and tried to open the back of the van. He ran off after police returned fire.

We only have the police view, but it does make one thing clear: this was not some random "kill the cops" attack pointing to banlieue meltdown: it suggests that the drug dealers were either being helped to escape or targeted by rivals.

I'm not saying that the situation has improved greatly since 2005, despite Nicolas Sarkozy's pledge to launch a Marshall Plan for the suburbs. Yes the whole story is depressing and serves as a reminder of the type of violence that undoubtedly exists, but it cannot be taken alone as a sign of more widespread worsening tensions.

So put the scarecrow away...for now.

Posted by Defender of Liberty at 06:28

France has been burning most weekends this year Lee.

The media don't mention it, nor do they ever mention the truth about Islam: That it is a proselytizing religion that spreads by the sword and demands Islam is not to be dominated.

The fact that Muslims are massacring people of all other faiths - including Buddhists - isn't enough to make people reliase that Islam has declared war and is going about it with zeal.

Don't vote them into the liblabcon/eukip gulags -

Which parts of London have unofficial peace lines?

Daleks are not real.

I came across your blog today and went through it. Very geniously written articles. I'm French woman and lived right in the middle of the riots. I have seen and went through things you could not imagine.

On my car park this year, 5 cars have been set to fire, and I'm supposed live in the "nicest" part of the city. Since I was a kid, Ive been beaten up, ran after, had rocks thrown to my face because I was white. A friend of mine got rapped by muslims and when the police got involved they killed her dog and tormented her familly until they all had to relocate. In the few schools in my city, teachers are beaten up, white students are set to fire in the toilets. One of them was found strangled, word written on her forehead "white bitch". No one speaks about it, it became "normal".

One of the most shocking story is the one of an entire bus, in which a muslim gang entered to spread petrol on the driver, a few other pessengers and a pregnant woman. They set fire to the bus and everyone was burnt alive.


But I trully realised how bad things were when I found out my neighbour was a hate preacher when I overheard through our common wall his angry voice shouting things such as "soon the entire area will be muslim like Allah commanded, we shall not be like the whites, if your children want to dress like them, hit them with a broom" (Oh that's why he was receiving 20 of his friends every wednesday afternoon....).
I left France and lived in England for 3 years, running away from the fear. I always loved England, and the culture and history appealed to me since a very young age. As silly as it sounds, at 10 I was saying that I wished I was born English, because I was not allowed to be French. It's seen as racist to feel French you see....

However when I arrived here, I quickly realised that the England I wanted to be part of is dying. As weird as it sounds, I became really tormented and involved thinking that the same was happening here. Ha! A French nationalist, fighting for England, how strange... But I believe it is a common fight, a common goal. I am not racist, I do not fight against a race, I fight against the ideas they are forcing upon us.

I would love to get in touch with you, however I did not find any way to contact you apart from here. So I'm leaving you my email adress hoping to hear from you. I'd be able to tell you so much more about what's going on here, things the media will never reveal.