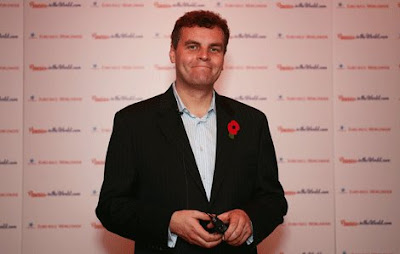 So various aristocratic fops and popinjays in the Cameron Conservatives Party (also known as Thatchers Bastards) have launched an attack on the BNP.

Yet again the limp wristed aristos reveal just how much the Tory Party has been infected with the disease of political correctness.

I love the way the Tories attack the BNP for 'racism'.

The Tory Party has killed more indigenous peoples of this world than Hitler and the Nazis.

The Tories were also the bastards that used to send British orphans and children in care to the colonies like Australia and abandon them to the care of paedophile scum in the Catholic Church.

I still remember the Matrix Churchill affair when the Tory government were willing to send innocent men to prison in order to cover up their own crimes.

The wealth of tory toffs was stolen from the indigenous peoples of the world or earned by exploiting British workers.

The Tories sent British soldiers and heroes to their deaths in order for themselves solely to benefit in the British Empire.

Whilst the tory toffs lived in mansions the working class were left in slums and to die in factories.

The tories are a party of theft, genocide, murder, treason and brutality.

Whilst they ran the British Empire they were the robber barons of the planet.

Now these ponces in the Tory Party think they can attack the BNP for 'racism' when the wealth of the toffs in the tory party was stolen from the blacks and other indigenous peoples of the world.

My ancestors are part Irish and our own people experienced the Potato Famine under the Tories and the ancestors of the scum that still run the tory party.

They stole our land under the Enclosures Acts and left our people in poverty.

Posted by Defender of Liberty at 14:34