The Guardian Goes Mad on PCP 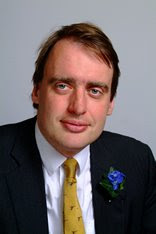 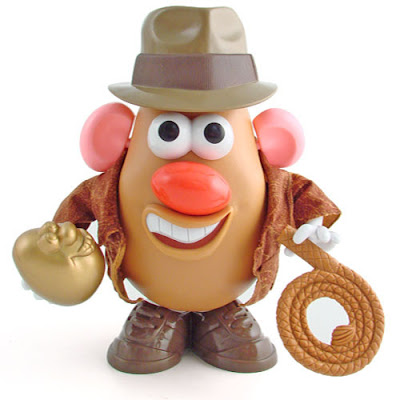 You know you are living in a schizoid world when The Guardian invites Mr. Tory Potato Head to write an article in the paper describing the BNP as left wing.

Harry bloody phibbs, would you believe it.

And you know what ?

In fact Phibbs fibs a hell of a lot.

The whole article is in fact riddled with fibs from Phibbs.

Harry believes the Tories can beat the BNP.

He, and obviously The Guardian, are so desperate about the prospect of the BNP winning seats in the European Election that in order to defeat the BNP this requires both Capitalism and Socialism to work together to defeat nationalism, democracy and individualism.

The Guardian represents the interests of Fabianism. It believes in Socialism Via The Market whereby Capitalism, Consumerism and Globalism usher in the global socialist one world state.

Today we see the Fabians have been more succesful in nationalising and socialising vast chunks of the British economy and State via the collapse of capitalism, than the Communists ever did in Britain via being voted into power at an election.

Gordon Brown has enacted a socialist revolution with the duplicity of the Bankers.

Bolshevism walked into power, and the Bankers held the door open for the red butchers to enter.

This is why both the Reds and the Capitalists work together in the media to attack the BNP.

The financial forces of Capitalism are today the primary weapons in the hands of the socialists.

The Fabians in the Labour Government control the banks.

When the reactionaries in the Tory Party are elected into power, the bankers will take their banks back.

But the people will pay for this via their taxes.

In between the rich and the poor, is the the mass of the people, and from them the Government pigs gorge. In their filthy rotten tax payer funded troughs of corruption the greedy policiticians root amidst the feculent mire of their expenses accounts for money like hungry sows in a pig sty seek rotting potato's amidst stinking mud.

The socialists still remain in perpetual power though as they remain in control of the Servile State - they are the public workers who do McJobs for Political Correctness who have been appointed into power during the reign of the New Labour government.

The Tories dont have the bollocks to sack them as most of them are white, middle class, university educated, left wing saps who will call the Tories 'racists' which terrifies the Tories into total, submissive, trembling silence.

Cameron wants them in all his version of 'big tent' politics - he thinks the Harry Phibbs types, the PCP's ( politically correct poshies ) of both left and right - are the future.

Dave you see is a PCP - the first member of the Politically Correct Poshies.

These in the Tories are a bunch of rich, upper class toffs who all went to Oxford with each other and then most of whem all slept with the same black, coke snorting prostitute in the 1980's.

The left wing PCP's in the Labour Party and the public services also went to the same schools and universities as the Tory and Liberal PCP's.


A MIDDLE CLASS MAFIA RUNS OUR COUNTRY FOR THE BENEFIT ONLY FOR ITSELF, POLITICAL CORRECTNESS AND NON-MAJORITY ETHNIC INTEREST GROUPS.


The fact that The Guardian now allows Tory PCP's to write in its pages shows how desperate they have become - but at the same time also expose the evil alliance of the forces of Red and Gold, Socialism and Capitalism - will unite in order to defeat democracy, nationalism and liberty.

The inner traitors must be dealt with first.

They must be rooted out of all our institutions and the Servile State replaced with the Peoples State, a state that serves the people, rather than the people serve the state.

No more must we ruled by socialism or capitalism, the only choice is now NATIONALISM.

The tyranny of the PCP's and the Mr. Potato Head Brigade will be overthrown !

Posted by Defender of Liberty at 08:42

I honestly don't think that the consumerist society that we still live in, has had enough of a beating from the recession yet. It needs to bite further in order for the average joe to sit up and pay attention to what the BNP is saying. Socialism and Capitalism are bedfellows on the same side of the coin, as you quite clearly point out. There is still much to be done to shake them from their slumber.

The Fabians in the Labour Government control the banks.

Is that the same Guardian that is so sure our vote has collapsed and we will be lucky to get 1% in their latest opinion poll. LOL

Just watched the BNP 's election broadcast. Very professional job and money well spent. The left will do its utmost to get it banned and not rebroadcast as it is very powerful.

Have you seen this lee?

Lee I have a question for you - if lee can't answer maybe someone else can. Do you genuinely believe that if there wasn't the general socialist/capitalist establishment and a politically correct media bias, and us lefties weren't being force fed liberal, politically correct views, that we'd all see sense and become nationalists?

You guys seem to think that people only hate the no because we're told to. I would disagree - I think that it is thoroughly logical to think that all people are equal, that discrimination in any form is wrong, and that the active encouragement of ethnic minorities taking their full part in an integrated society is a good thing. THAT is why I disagree with the BNP, not because the tories, labour or the media tell me to.

I'm not trying to bully your opinions, I'm not coming on here calling you offensive names. I'm interested in what you have to say and a rational examination of your position. So... Do you think we'd all be nationalists if it wasn't for the establishment?

Mr Potato Head is a toy and not a person.

I see the party sold out it@s members in the latest ppb video.

people will now see no reason to switch from ukip.

modernising is a double edged sword that often inflicts more damage on the person swinging it!

not sure if i will even bother to vote now.

Rory said... "You guys seem to think that people only hate the no because we're told to. I would disagree - I think that it is thoroughly logical to think that all people are equal, that discrimination in any form is wrong, and that the active encouragement of ethnic minorities taking their full part in an integrated society is a good thing. THAT is why I disagree with the BNP, not because the tories, labour or the media tell me to."If you truly understood what the BNP stands for then you would not even need to ask this. Therefore the assumptions about the BNP are from establishment propaganda, therefore you blindly believe what they tell you.

For example you state "all races are equal"... the BNP also state this, which if you actually investigated for yourself you would know. The BNP does not in anyway advocate racial supremacy.

Also, you refer to a society that the British people have never been given a choice about, the multi-cultural society.

In fact the only people who are being actively discriminated against are the white indigenous population.

Your position is based upon the indoctrination of the establishment and media. The BNP challenges the whole precept of the mutli-cultural society, and we reject it. It is an immigrant invasion organised and granted by the establishment against the will of the majority of the indigenous British people - this of course being genocide.

The reason you are brainwashed is because you have not questioned what the media and establishment tell you, you accept concepts which they have given you such as the multi-cultural society without question. A bit like how people used to accept without question form their leaders that the earth was flat.