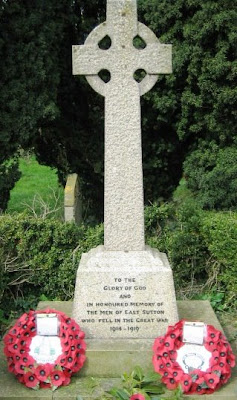 In their latest attempt to bolster the Tory vote, or to ensure that public discontent with the politicians that have been gorging on the public purse in the House of Troughminster is directed into the UKIP safety valve, the hopeless Sun and Telegraph are now using Johnson Beharry, an volunteer soldier for the British Army from Grenada who joined the British Army in 1999 and won a VC in Iraq in 2005, to attack the BNP.

Unlike the media the BNP have never questioned the legitimacy of Johnson Beharry’s entitlement to a VC or the entitlement of any non-British or British soldiers to their battle honours.

The Telegraph though have made the issue of the legitimacy of battle honours won by British soldiers a public issue. This was highlighted when The Telegraph and other newspapers raised the case of Major Robert Armstrong and the men under his command who were awarded medals for bravery under fire in 2008. The Telegraph reported that all 17 of the medals given to Royal Irish regiment members are being probed by military authorities.

The BNP regard Johnson Beharry as a remarkable man who fought alongside other equally brave and remarkable men. We described the bravery of Johnson Beharry as routine in the context of the countless examples of the similar bravery of the men he served and also fought alongside. Lieutenant-Colonel Matthew Maer, Johnson Beharrys commanding officer, won the Distinguished Service Order, two of his sergeants won the Conspicuous Gallantry Cross (one below the VC) and seven other members of the regiment won the Military Cross as well as Beharry winning the VC.

Johnson Beharry was a hero amongst a host of heroes each of whom have displayed remarkable bravery.

The BNP have never at any time questioned the legitimacy of the issuance of Johnson Beharrys medal. We were not there at the time and therefore we could not judge his deeds, and nor would we. It is for his comrades, his commanding officer and the military authorities to decide who is entitled to a medal, not political parties.

In a cynical and sickening example of media lies, Johnson Beharry is clearly being used by The Telegraph solely because of his ethnicity and in order to attack the BNP.

The BNP is a political party with an above average number of ex-servicemen and women in our ranks, and many of our members have fought alongside many brave men and women who have died in many different wars for our country. The issue for them as regards entitlement to battle honours is not simply a transient newspaper story but something that is deeply meaningful for them. They have seen brave comrades and brothers in arms die in front of them and their brave deeds in battle not marked out as outstanding with a medal. Therefore the last thing they want to see is the issuance of medals in war time become just another political football for transient politicians to use for propaganda reasons.

Newspapers like The Telegraph are given fake stories to run, such as the Johnson Beharry smear, by the Searchlight organisation, an organisation run by the convicted criminal, an ex-member of the Communist Party and political fantasist Gerry Gable. The fact The Telegraph are willing to print such stories by Searchlight merely proves their lack of integrity and desperation by having to resort to lies and smears in order to bolster the Tory Party for whom they are the main propagandists and supporters.

Posted by Defender of Liberty at 08:03

Does no-one else dare question how exactly a 'anti-fascist and anti-racist magazine' called Searchlight which is the sole property of a convicted burglar and, an ex-Communist Party of Great Britain leader can issue threats to media outlets/leading political figures and get them to 'play ball'?

Is it because Searchlight via Gerry Gable is a Mossad/MI5/MI6 conduit?