Business as Usual with UKIP 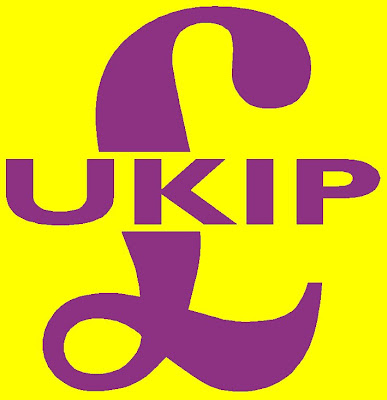 Over the last few days we have witnessed the media go from one schizophrenic crisis to the next.

First the media were saying ' You have to get out and vote or the BNP will win seats ! ', then this changed around about Wednesday last week when the media suddenly started screaming,' The BNP vote is over inflated '.

Now the media have changed tack again and this time it is the ' UKIP are neck and neck with Labour and are going to win loads of seats ' that is the media cry.

The idea that polls at this period of time can tell us about voting intentions on June 4 this is ridiculous.

The idea that a poll commissioned by UKIP can tell us anything about real voting intentions at this moment in time in the midst of the revealtions of the pig politicians is absurd.

The polls and the pollsters are the remnants of the previous failed political system, we are in new waters now.

The first cry of the media 'The BNP are going to win' was designed to try and force the political parties core vote out to vote AGAINST the BNP.

The new cry of the media 'The UKIP are going to win' is designed to get their core vote out to vote for them.

But beneath these two messages is one important but rarely noticed fact - that previous votes for UKIP in European Elections HAVE NOT CHANGED A SINGLE THING.

UKIP are a party of stasis.

This is why the media want you to vote for UKIP.

A vote for UKIP is like a fart in the wind - it leaves a small stink in the parlour of the political establishment which rapidly dissipates.

This is why the political establishment are so desperate for people to vote for UKIP, as a vore for UKIP means nothing.

Therefore it is business as usual for the political pigs that run the country and who run the European Union.

A vote for UKIP is merely a way to ensure the olitical pigs, the political parties and the political system in Britain stays exactly the same as it is today.

Whilst the UKIP MEP's plunder the EU cash mountain and do nothing to stop the EU, the political pigs in Troughminster are left to stay in power in the UK.

Farage knows this and in fact this is the role has been given by the system.

This is why Farage is on the BBC (AGAIN !) this week on Question Time.

The media, the BBC and the UK political parties are all desperate for the protest vote to go to UKIP again.

Since 2000 UKIP have spent over 8 million pounds.

Yet what have they done.

In local elections they have collapsed and in 99 % of seats the BNP defeat them.

In the European Parliament they have done nothing but take the money and run.

25 % of the UKIP MEP's voted into the European Parliament in the last European Election have been involved in corruption.

The others are waiting for the expenses of the EU to be published in total fear.

For the media and the political parties they support it is essential that voters do not vote for the BNP or that they vote for UKIP.

Not voting merely ensures that the system stays as it is.

Voting UKIP merely ensures the system stays as it is.

Voting BNP is the only way we can bring down the entire system itself - not just in Westminster but in the European Union as well.

The BNP are attacked by the right wing press, the left wing press and the liberal elite simply because the BNP are the ONLY political party that can destroy the present corrupt political status quo.

Nigel Farage is a stooge of the system, a drunken, bumbling idiot who represents a safe safety valve for public discontent.

He and UKIP have proved this for everyone to see since 2000 when with the vast amount of money and donations they have been given by their rich backers and from the EU they have done nothing either at the British political level or in relation to the EU.

The 8 million pounds that has been squandered by Farage and his gaggle of supporters could have been used to create a cohesive nationalist movement in the UK which should have built up a political base and activist base which should have allowed UKIP to become a major player in British elections.

With their senior members being inside the poltiical establishment this should have ensured that the party went from being just a European Election protest vote to a real political alternative to the main parties - but what happened.

A lot of noise on the way up, a small puff of publicity when they were voted into the EU and then total collapse.

This is why the media are so desperate for people to now vote UKIP.

SIMPLY BECAUSE UKIP HAVE PROVED THAT THEY ARE INEPT.

The media know that with a new round of new UKIP idiots sitting in the European Parliament its business as usual back in the UK.

The voters of the UK had better wake up.

A vote for UKIP is more than just a wasted vote - it is the surest way to ensure that nothing in this country will change.

UKIP are not a protest vote, they are a wasted vote.


This is the slogan that we must start to use right now on the BNP website, on blogs and in our publicity.

We must get the point across to the public that if they want real political change then they must vote for the one party the system fears - THE BNP.

A vote for the BNP is a vote for change.

The changes we all want in our country can only ocur by voting in the one party capable of changing the country, the BNP.

UKIP members who are sincere in their desire to save this country can no longer hide behind the hope that UKIP will either do the job they were elected to do in the EU or that UKIP will, or ever be capable, of building up the mass nationalist movement that can force the corrupt political pigs in the present system to change.

Those in UKIP that persist in voting for UKIP are in fact quizlings of the system, for their money and votes are what the system requires in order to ensure that it will survive the present storm.

The political parties in the UK require a period of calm and UKIP will offer them this.

A protest vote that passes into the hands of UKIP is merely oil on the political waters and will allow the system to regroup, reorganise and regain power.

Whilst the public want real political change, UKIP will merely ensure the publics attention is diverted away from the real scandals going on in the media.

All UKIP will do is push headlines about the financial scandals off of the front pages of the pages, give a warm fuzzy glow of fake rebellion to the idiots that vote for them, allow the UK political parties to have a period to regroup and then allow the entire gravy train carrying the political elite in the UK to carry on chugging down the tracks.

Those sincere people that are still members of UKIP even after all their best activists and groups have left the party in disgust over recent years are either fools or cowards.

If no-one can see why Norman Tebbitt really wanted people to vote UKIP then this is proof that Tebbit is right and the British public are really idiots.

Tebbit knows, as I do, that the surest way to save the Tory party and ensure the political system does not change is to vote UKIP.

Tebbit knows that a vote for BNP is the one thing the entire system cannot tolerate, for the BNP, unlike UKIP, is able to link all the political pieces together into one cohesive political movement that can effect real change in both the European Union and the UK.

If the BNP got seats then within five years the BNP would be winning parliamentary seats and would within a decade be a real contender for a general election victory.

This is the systems greatest terror that the present discontent allows the BNP to build the nationalist movement in Britain that will be capable of challenging the main parties for power.

I regard those in UKIP as traitors and fools, for they know full well that regardless of the amount of EU seats they get they will never be capable of becoming the party that challenges the system.

If UKIP won every seat in the European elections they would still do as they did in the last European Elections, which was simply take the money and run.

UKIP is merely business as usual.

Dont fall for it folks.


UKIP are not a protest vote, they are a wasted vote.

Posted by Defender of Liberty at 23:52

UKIP are just another state safety valve with no chance of achieving anything of worth.

Their party is like a refuge for old tories who haven't woken up to the fact that the country they profess to love is actually being destroyed by their favourite puppet masters.

Game over for UKIP -

Fantastic post Lee, bang on the money, `UKIP are not a protest vote they are a wasted vote`.

The case you made was spot on, more than just a slogan.

GET IT ON THE MAIN SITE NOW!

wreck the UKIP gravey train `before` it gets the chance to gather any momentum.

perhaps a little sidebar on the main site listing the criminality a snouting as well as the pointlessness of their party.

Many people will now be weighing up this choice between the parties - we need to make our case loud and clear to these people.

Nice one fella! but I feel that with the anger of the public towards 'our' political masters and the current expenses issue, the BNP ought to do all they can to highlight the fact that not only have the UKIP MEPs had THEIR noses firmly in the trough but they have actually seen one of their fellow UKIPers denounce them and actually go it alone as an independent MEP, and of far more interest and concern is the fact that two of their MEPs have been given custodial sentences for fraud!

The idiot Farage duly dances to the media's tune when they come a calling. Farage is a puppet of the establishment. UKIP are pointless, everyone knows it.