The Guardian Soft On Criminals. 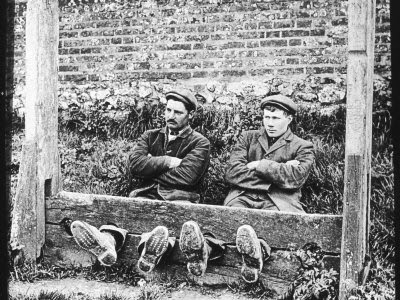 Image - criminals in stocks. They do not look too happy do they ! 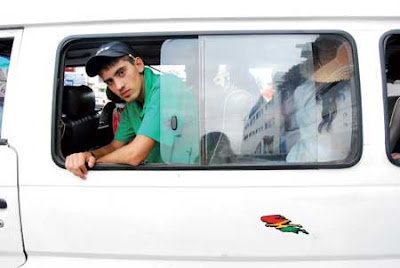 Image - Young offender on free holiday paid for by the tax payer. The victims of their crimes do not get free holidays to recover from their injuries caused by criminals.


When I was a child I was run over and almost killed by a drunk driver.

Being run over really, really hurts.

As a child it leaves you frightened, traumatised and changes the way you see the world.

I despise all drunk drivers.

I have also seen a drink driver swerving down the road who later on was involved in a car crash that did kill someone.

One of my old school friends who is a police officer has told me about the horrific scenes he has witnessed in crashes with drink drivers and the trauma of having to knock on a front door in the middle of the night and tell someone that their son or daughter has been killed by a drunk driver.

Yet it appears that the liberal elite are once again wanting to protect the criminals and punish the victims.

The Guardian Newspaper have just rang me about the blog article that I published here ( link below) where I stated that the video film of a drunk driving criminal on The Telegraph website, who was thrashed by the police after almost killing a police officer, pedestrians and other road users whilst driving like a maniac through the streets, was the best video I had seen so far this year.

Note how close the car comes to killing the officer in the video at the start of the video.

Imagine if that was your father, your son or your brother.

In the statement I gave to the Guardian I stated that the criminal justice system today serves the interests only of the criminals and not the victims.

The entire contemporary criminal justice system is predicated upon what the writer Henry Buckle stated ;

“Society prepares the crime, the criminal commits it”

This is the basis of the liberal criminal justice system. They really do believe that the real victims are the criminals, not the victims of the criminals.

I believe that regardless of what colour you are, what nation you live in, what socio-economic background you are from - the moment you drink and drive you deserve to be given a good thrashing off of the police when they arrest you.

The Guardian, in a typical slimy fashion asked me if I found the video funny as the man being beaten was black.

I responded that every drink driver regardless of race deserves a good threashing and that I would find them all equally funny.

I am an equal opportunities champion who believes that race should be no bar to a good thrashing off of the police if you are caught drink driving and nearly killing people.


Today the courts will not punish criminals, especially if they are rich and can hire some hot shot lawyer who will get them off in exchange for a nice fat cheque.

There is never an excuse to drink and drive - those that do are scum.

I want to see such people get the justice they do not get from the courts and the legal system, which in an ideal world would involve a good beating off of the Police if they find you drunk at the wheel of a car.

A few shocks from a taser once they drag you out of the car and realise that you are pissed out of your brain would stop you doing it again.

If our society were willing to punish drink drivers and criminals instead of letting them off with a slap on the wrist or a fine then our society would be a far safer place for us, and our children, to live in.

I believe that the courts and the criminal justice system have completely misunderstood what motivates people not to commit crimes.

It is fear of being caught and fear of punishment.

The liberal system is so insipid and weak that criminals laugh at it. They see prison as a holiday not punishment.

At the moment there is a high chance criminals will not be caught and even if they are they are not punished for their crimes.

Society must protect itself.

What works is fear and humiliation.

Those who are convicted of anti-social behaviour should be put in the stocks and have rotten eggs and vegetables thrown at them - instead they are paraded before an endless succession of social workers, probation officers, psychologists etc who are in the grip of liberalism.

It would also be a hell of a lot cheaper than the holidays, hearings, appeals and day trips to Alton Towers that masquerade as 'punishment' today.

Criminals are not punished, they are 'sympathised with'.

We need those who are sentenced to community punishments to be forced to wear pink tutus and pop socks or other absurd attire when they sweep the streets so they can be mocked by passers by.

At the moment the wearing of an electronic tag in our communities is not seen as something to be ashamed of, it seen as a badge of pride.

Crime has become glamorous as a result of the media glamourising crime, from the Krays to O.J. Simpson.

The media and the liberal values it pumps out, and the way it glamorises criminals in our society, means that criminals are not reviled or despised - they are feted and adored.

What works is humiliation and ostracisation.

If criminals and thugs were forced to wear absurd clothes that totally humilate them when they are on community service in the streets then the status of criminals in our society and their communities would be relegated to a laughing stock instead of them being respected.

We need the stocks and the cane and the rope for terrorists, paedophiles and serial killers.

Crime is endemic and out of control.

We are inundated with foreign crime gangs and our own domestic criminals, and the liberals keep on using the same failed solutions to stem the ever rising tide of criminality.

I stand up for the victims, not the criminals.

That is the legacy of what happened to me as a child - a remnant of the horrific memory of watching the front of that car draw closer and closer to me and then the shock of the impact.

Your LL.B. was worth every penny of the tuition charge you paid, Lee!

1) prisons are not prisons, they are holiday camps, Butlins for scum.

The return to capital punishment will save hundreds of millions per year as instead of keeping scum in prison alive until they die eg the yorkshire ripper - we simply execute them.

One rope with plenty of use in it.

A good thrashing of criminals is a cheap option as well.

Prison should be used for repeat offenders, whilst corporal punishment used for first time offenders.

That way first time offenders do not become repeat offenders.

My goodness you people really are thick arent you.


Obviously the anonymous idiot has not even considered also that due to the breakdown of society that this will result in more crime... this is something (called reality) which these idiots cannot accept in the quest for their multicultural utopia.

Hi Lee, The left are really getting desperate. They know and the whole country knows that the BNP are going to do very well next Thursday. Despite the smears , the lies the organised opposition of every facet of the establishment there really is going to be a breakthrough next Thursday. In truth the left, the frankfurt school have only ever been a small minority but they have been able to hijack a great nation. Roll on next week and lets wipe that smug smile of Farage, Cameron and Brown's faces

Christ almighty logic is a stranger to these fools.

Fact of life: Nobody respects weak leadership. Ever.

Did the rep from the Guardian have anything to say about the fact that this guy was a reckless driver who almost killed someone? I'm not concerned about a criminal's civil rights. Sorry.

I think I chamged my mind about corporal punishment when on telling off some anti-social youths outside my home, the door was knocked a while later and I was hit over the head several times with an iron bar by the father of the children,and in front of the children.

Obviously showing how to deal with people who simply are annoyed at the antisocial behaviour of his offspring, indeed I could have died that day if I had not forced the door shut..

the police never found him

I don't think Stocks and corporate punishment is the way forward -

I Think prison and compulsery prison Labour is the way forward, along with skills training.

Strip out all luxuries and keep them busy.

At least while they are there they are not breeding and their parners can find someone better.

"The Guardian, in a typical slimy fashion asked me if I found the video funny as the man being beaten was black. "They really are pathetic to ask these sort of questions - utterly desperate too.