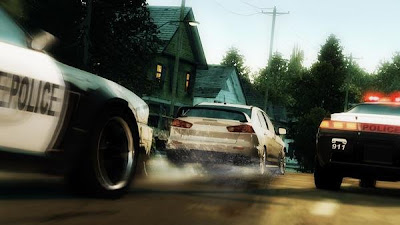 The funniest cop video of the year so far is the one below on the Telegraph website ;


I have been run over in the past.


I have also seen criminals steal cars, drive them through the streets where I live nearly killing people and then set those cars on fire in the street outside.

I have watched crimson flowers of flame flicker in the darkness as those stolen cars were then consumed in fierce infernos, their eviscerated remains offered as some sort of ancient sacrifice to a primitive god by a mob of howling youths in a scene of sheer atavistic frenzy, those vehicles rutally slain in public whilst crowds of children had gathered, their gazes impassively reflecting the scene.

In the morning I have walked past the smouldering black cadavars of those cars as tendrils of smoke still rose in dark whispers from the wreckage, their innards laying ashen and open, fully exposed to the world, eviscerated by the fire.

Pools of of liquescent tar which had melted beneath the fury of the flames formed black clots like old blood on the concrete, whilst the stench of scorched plastic still tainted the morning breeze, cloying the eyes and throat as I walked past.

Therefore when I see criminal scum that nearly kill people, such as the police officer the car misses by inches at the start of the above video, after they steal a car then crash that car and hurt only themselves, then I find that hilarious.

The way that guy tumbled out of the window and then the cops all ran across was brilliant.

You can just imagine the cops standing up, pulling up their braces and straightening their ties immediately after administering the beating and then saying, "Yup. That did it".

Just witnesing your work colleague nearly get killed a few moments earlier will lead to an instictive response in most people.

The beating of Rodney King still makes me laugh.

I do so admire the discipline of these officers.

The thought of simply putting a bullet into the back of the head of a repeat offender, PCP smoking, hallucinating, out of control, homicidal drink driver who has nearly killed not just your fellow police officers but also members of the public in a prolonged car chase must be so tempting.


Yet they resist the temptation and make it an arrest rather than an execution.


A good beating of the suspect in those circumstances is entirely understandable.

Posted by Defender of Liberty at 12:23

One of the officers has got fired because of that incident. Yeah ok they gave him a few additional bruises, but its not like they started stamping on his head or had any intention other than to give him a bit of a beating. It's ridiculous, that idiot got what he deserved, in fact the officers were quite restrained I thought considering.

OT: an oldie but a goody, which I expect many have seen before is this classic:

That is a computer game picture. That is not real.

An anonymous moron said... "That is a computer game picture. That is not real."The anonymous moron thinks by keep repeating to themselves that the BNP are not real they will disappear, reality never has been a strong point of these morons.

"Yet they resist the temptation and make it an arrest rather than an execution."

Let's make our policeman judge, jury and executioner? Are you serious?

You wouldn't support such a policy under the Labour government because you would be on the receiving end of it. How in the hell can you considered this a good idea?

A good government wins the support of its people, not oppresses them. Police brutality never wins support.

Ketlan Ossowski, the sanctimonious cunt who runs the very shit Lancaster UAF blog, likes to act all holier than thou when some idiot posts a vaguely threatening comment on his blog.

But what of Arseowski himself ?

Well, truth be told, Kettle Arseowski has been a rather valuable informant and 'agent provocateur' for the state who infilitrated a number of animal rights groups during the late 1990's and helped to break up those groups.

There were a number of highly successful state operations against animal rights groups a number of years ago, leading to some lenghty prison sentences for some of their key activists.

Arseowski likes to think that this is all forgotten but, unfortunately for him, the WayBack Archive holds some interesting and revealing details.

Ketlan's pageNotice the link for his web site ? Well, the site itself is long gone but what if we look into the archives ?

Well, look what we have here :

Animal Rights Coalition (North)Notice down the left-hand side, you can see a section entitled 'HLS People' ?

Well, well, well.... what's this Ketlan ? Only a list of car registration numbers that our agent provocateur Arseowski is hoping some gullible fools will be tempted into attacking...

Oh dear Ketlan, you have been a silly boy haven't you, leaving all those messy clues lying around about your previous period of state 'employment' ?

How do the courts define what bruises came from the kicking? I'd say he was pretty sore after being chucked out the window of his rolling vehicle! Ouch.

That ride certainly gave me a bit of joy ; )

Funny thing is, I NEVER saw anything other than the cops beating him on the news. Why? I find it quite sickening that the media keeps making criminals look like victims when they finally get "manhandled" by the cops. Police brutality happens, but it's extremely rare in the US. If this guy simply cursed a cop out or slapped him, I'd say they (cops) went overboard. But if he tried to run one of them over, I have absolutely no sympathy for this thug.

As a follow-up to the previous comment about the Special Branch informant Ketlan Ossowski, may I remind your readers that his 'animal rights' blog was removed by AngelFire (now owned by Lycos) on the grounds that the content of that site contravened their acceptable use policies.

As a result Ossowski's agnet provocateur site was taken down.

However, by this time his Special Branch handlers had moved him on to a new 'assignment' in the Anti-Fascist(sic) movement.