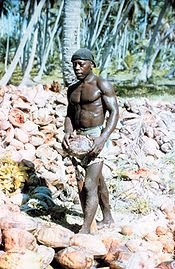 Image - Indigenous Diego Garcian whose entire people were ethnically cleansed from Diego Garcia under a tory government and then New Labour went to court to keep them out of their own lands stolen from them by the British government. What the tories did to him, New Labour is doing to us. 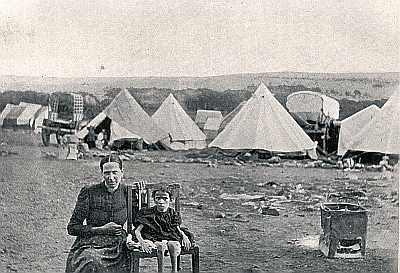 Image - Boer woman and her starved child in a British concentration camp run under the Tory Party government of the Prime Minister the Marquis of Salisbury in 1902. 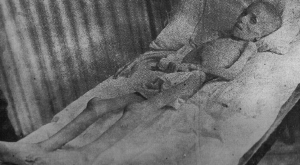 
One of the most sickening things I have ever read was the pathetic website by the two tory toffs attacking the BNP.

The first concentration camps were a Tory invention.

29,972 women and children starved to death in these Tory death camps.

The Tory Party is a party whose history is simply a series of crimes against humanity.

I think the example of the millions of indigenous peoples of the world slaughtered with impunity by the British Empire under the Corporate Fascist imperialism of the Tory Party was a model copied by dictators and murderers worldwide.

The Nazis had a great role model in the Tory Party that ran the British Empire.

The trail to Auschwitz began first with the Tory Party and the concentration camps of the Boers in South Africa, and this is what the Nazis stated in public.

Auschwitz was the result of the Tories setting an example of genocide against the Boers that the Nazis then used as justification for their genocidal plans against the Jews.

The Tory Party are also guilty of ethnic cleansing.

Since then, United Kingdom enforced the highly controversial depopulation of Diego Garcia, forcing the deportation of the island's entire 2,000 Chagossian Indigenous population—mostly of African and Hindu heritage—to the surrounding islands including Mauritius, located 1,200 miles away.

The New Labour government only a year or so ago went to court to ensure they could not return to their own ancestral homelands stolen from them.

The last Tory government in the Matrix Churchill trial were prepared to allow innocent men to go to prison rather than the truth revealed that they were selling weapons to Iraq - weapons that would later be used to kill British troops in the two Iraq Wars that followed.

The Tories armed Saddam, then tried to imprison those business men that they gave a license to sell weapons to Saddam when they got found out and then later on New Labour had to go to war against Saddam in order to remove those weapons sold to him under a Tory government.

The problem with a Mediaocracy is that historical memory is merely the days media headlines.

The corrupt False Media that supports their puppet political parties is able to propagandise those parties and yet never mentions the past crimes of those parties - instead the media maggots make up fantasy scenarios about the BNP whilst ignoring the reality of the crimes of the parties they support.

Here is a list of Conservative paedophiles and crooks ;

Posted by Defender of Liberty at 00:44

THIS IS THE GOSPEL TRUTH ACCORDING TO MY PERSONAL EXPERIENCES IN SOUTH AFRICA AND THE GREAT UNTIED KINGDOM OF BRITISH ATROCITIES AGAINST HUMANITY AND OUR ONE AND ONLY EARTH AS WELL AS THE EXPERIENCES OF OTHERS TOO!

THANK YOU EVER SO MUCH FOR ALSO CONTRIBUTING JUST AS THE ABOVE MR. ANONYMOUS AS WELL, TO MY ONE-WOMAN CAMPAIGN FOR TRUE AND PROPER JUSTICE AND FOR MY/OUR PROPER WORLD ORDER OF PROPER HUMANITY AND CARING OF EACH OTHER AND THIS ONE AND ONLY BEAUTIFUL EARTH THAT THE GOOD LORD HAS GIVEN US TO USE AND NOT ABUSE.

LET ALL WHO ARE NOT GUILT OF THESE INHUMANE ATROCITIES ALSO JOIN OUR FIGHT AND SEND IN THEIR COMMENTS.

What the British did to the South African people is appalling andthey should shame themselves.

How would Britain like it if a foreign
Army invaded it's island that has nothing anyway and stole the land and put them into concentration camps too?

Then Cameron thinks it is his right to tell other countries what to do when the British are just as bad.