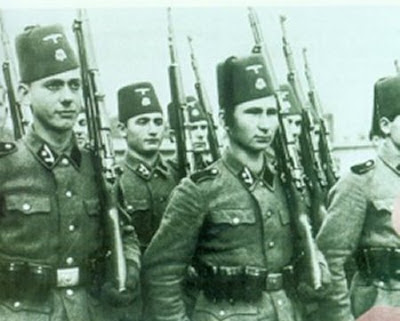 I hate pompous twats who know nothing about history and then try and lecture us about our own history.

" A former Lord Mayor of Manchester has branded the BNP as the 'grandchildren of Hitler'.

Coun Afzal Khan says the British National Party share the same ideas as the Nazi Party, who persecuted Jews and many others before and during the Second World War. "

Here are a a couple of vids to refer to the pompous, taqiyya-spouting, lying, nazi twat -

Perhaps the Manchester Evening News has a comment on them?