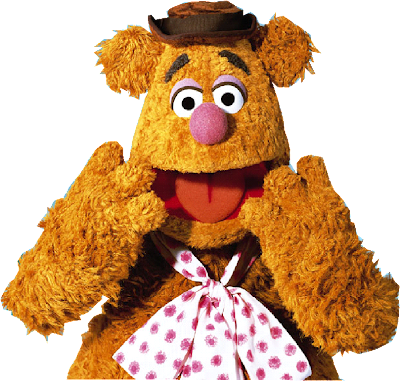 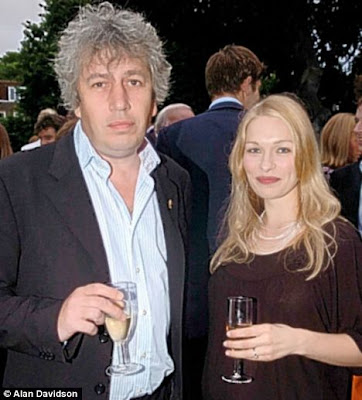 Rod Liddle is a knobhead.

We all know it.

He is like the Fozzy Bear of the British media, slightly funny but also slightly creepy.

His mid life crisis where he dumped his missus and ran off with a bird half his age, dyed his hair, wore clothes three sizes too small and twenty years too young was a delight to behold.

The thought of him slathering over his new bint with those rotten teeth was a sight that I sought to stifle a few times without success. Luckily it made me realise that a middle aged man having a mid life crisis is probably one of the most pathetic things on the planet.

Thanks for that Rod.

But it appears that Rod has now decided to jump on board the 'Bash the BNP' bandwagon.

Usually Rod spews a load of infantile tosh about football in his articles, boring us rigid with the idiots analysis of the over paid ponces that masquerade as 'football players' in todays game.

Rod mate, they aint footballers. They are overpaid wimps. Just drop it mate. No-one cares. If they do then they are as much of a fucking knobhead as you mate.

Rods article on the BNP appears to be based on the incredible insight he had as regards Nick Griffins mobile phone ring tone ..... yeah, really.

Dear old Rod, whilst his pecker may be limp his anti-BNP lance is sharp.... well not really, but you get the drift.

Rod seems to think that the BNP blame 'blacks' for the economic crisis.

This merely proves that Rod is a total idiot who has now joined the vicious circle of media goldfish busy eating each others shit.

Once one goldfish defecates in the bowl then all the rest end up swallowing the same shit.

One lie becomes the accepted lie of all the goldfish living in the bowl.

Its a pity that Rod The Limp has not actually read the BNP website and seen that the BNP has never blamed 'blacks' for anything, other than what they are directly responsible for as individuals.

They just did what they do best, which is take advantage of our stupidity.

Rod makes one good point though, that the public should be allowed to hear what the BNP say.

Instead we have a bunch of inspid, shirt lifting, middle class, ex-public schoolboys and dickless aristocrats in the media all bigging it up and giving it large about how easy it is to demolish the arguments of the BNP whilst cowering behind the No Platform For The BNP Policy.

Come on then you bunch of whimpering ponces - lets have it.

How about it Rod, how about giving Nick the right of reply to your article - or are you just another onanist admiring the size of your little pecker in public whilst gazing at it through the lens solely of your own ego ?

Posted by Defender of Liberty at 13:24

Some great quips there, you really should write for a paper.

I look forward to the day when this is so.

However if I may make a minor critism you do have a habit of repeating yourself a little in articles that are otherwise a masterpiece. Just something to keep an eye on in furure perhaps.

I find it odd that Rod has turned on the BNP in this manner as strangely enough I have found Rod to give us a fair crack of the whip, even to the point where he could get into trouble for it.

I am thinking of some artcles he has wrote and a tv program where he treats the party with more respect than anyone eles.

So why the change?

Is it because previously he felt it was safe, just merely `playing` the maverick as in his mind the BNP would never get anywhere and it was a handy oportunity at the time to bash Labour and be a little contraversial?

Now the BNP are threatening to break through into the mainstreme he has jumped back into his safety zone and ganged up on the losing side of current public opinion
with his mainstreme buddies and other assorted mainstreme propaganda whores.

Showing he was never the free spirit he tried to portray himself as and just another sock puppet.

Then it will be interesting to watch the press if this should happen, Will they continue to show contempt for a large portion of their readers, the public at large?

Will it simply expose them as the state propagada puppets that they clearly are but try to hide from their readers, giving ever nmore credibility to the BNPs claims - not less.

Will it finally blow the lid off the whole rotten system, as the system sides against the people?

As i said once before, polarising politics that lead to a series of tipping points.

It is the NWO against the BNP.

There is no other game in town, all the other games are a bogus and the potential rise of the BNP will reveal just that, that is what they fear so much, that the NWO game of circle jerking and selling out would be up.

Hi Lee
I posted the other day about old Rod on the Daily Politics show when Nick was on too. His posture spoke volumes for the deep misgivings the liberals have. He is an intelligent man and as such is set between the nice comfortable plaudits of his co-conspirators when he rails against'fascism'etc and the self evident truths of the nationalist cause.The pricks of his deep conscience will be relentless as he sees all that he too must hold dear withering on the vine. People like him at this time remind me of Judas Iscariot, they are fated against their better judgement to follow the silver coin, knowing in their heart of hearts it will end in ruin.

We all know how the Newspapers work. They receive instructions from the editor who receives instructions from the owner. The line to be adopted requires propaganda pieces to be printed and published. It is all rather like a totalitarian state. If you want to know what it feels like to live in a one party state come and live in the UK now.

seems as if there has been none too little pressure placed upon Mr. L. in cutting back from his 'sympathetic' stance towards the BNP.

It may be a mere coincidence, but he seems to have changed since his appearance next to Griffo on the Daily Politics show, did the fact that he may have had to endure the Red gauntlet outside the studios from his 'comrades' unnerve him somewhat? or is it the fact that Searchlight have been sending their usual threats against the newspaper proprietors/editors?

Liddle is a cock. The central theme of his article being Nick Griffin's ring tone!!! What the fuck?! That is bullshit and an utterly desperate hack job, what an totally pathetic wanker Liddle is.

Perhaps we credit Rod with not enough respect for his intelligence, have you thought that because he has been pressured into 'slandering the BNP' by his paymasters he has attacked the BNP on the basis of Griffo's ring-tone, an utterly ridiculous subject matter we know, but also far more important is the fact that any reader of this article by him will also gague the ridiculousness of it?!